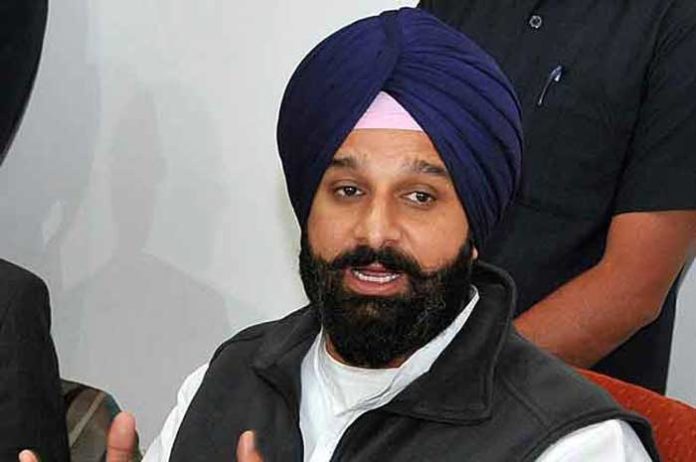 Senior SAD leader and former Punjab Cabinet Minister S. Bikram Singh Majithia said here today that the Punjab CM Captain Amarinder Singh and his team’s photo-op trip to Dera Baba Nanak backfired today as instead of getting any state government contribution or project to highlight, the CM had to be content with getting clicked alongside the Government of India’s on-going projects.

“The people of Punjab would be amused by to see Chief Minister and his colleagues finally rubbing their eyes in half-sleep for a photoshoot standing by all the Government of India’s Rs 500 crore worth of infrastructure upgrade projects and logistics support initiatives in and around Dera Baba Nanak for the centre’s Kartarpur Sahib Corridor initiative.”

Mr Majithia , however, added that the CM and his government would do well to exhibit greater commitment, seriousness and solemnity during this august and historic phase.

”This is the one time when governments and politicians can and should exhibit sobriety and solemnity and resist and rise above the petty temptation for cheap publicity or unseemly race for credit-taking, especially when it is undeserved.

For SAD, we would appreciate any noble and meaningful steps which the state government might take as its contribution to the historic and sacred occasion. As of now, even the CM is finding it hard to put his finger on a single contribution of his government which he could be proud of,” said Mr Majithia.

The Akali leader said that even the CM seemed visibly disappointed by this trip and tried to make some last-minute but belated announcements to one of the most sacred and historic events in living history has so far been abysmal, amounting practically to zero. No Punjabi can feel proud of this,” said Mr Majithia in a statement here this afternoon.

The former cabinet minister said that the least the CM and his team could have done during this sacred and august period was to truthfully and honestly appreciate the world-class projects and other forms of contribution from the NDA government to the Corridor projects.

Most of these projects have been completed in a record-breaking period while the others too are nearing completion and would be in place before the scheduled hour. This deserved to be gratefully acknowledged by the CM on behalf of the people of Punjab, especially when he himself realizes that his government had failed to live to the occasion.

But sadly, the Congress party and its governments always find it hard to utter even a single word of appreciation for anything positive about or for the brave and Sikh community, such as the NDA’s recent gestures like starting the process of punishment to the guilty of 84 massacre, scrapping of Black Lists of Sikhs overseas, exceptional and commendable zeal and promptitude towards the 550th Parkash Utsav of Guru Nanak Dev ji and the opening of the Kartarpur Sahib Corridor etc.

The Congress has it lips sealed on all these issues which the Sikhs have received enthusiastically.”

Mr. Majithia said that personally he actually felt bad for the CM who was left high and dry looking for something to claim as his own achievement and contribution to the great event.

“ With less than 52 days to for the global and historic 550 Parkash Utsav event Captain Sahib must have been inwardly embarrassed to discover that his colleagues and bureaucrats could not locate even a single Punjab government project in and around the historic town for him to get clicked and show off his government’s contribution and tribute to the legacy of the great Guru.”

Mr Majithia said that the CM’s PR outing was a miserable flop “primarily because the Guru never approves of hypocrisy and opportunistic and fake credit-wars. It boomeranged against the CM because up to now, his government’s contribution to the Kartarpur Sahib Corridor-related projects and works has been very nearly zero.

And that was why that out of sheer desperation today, the CM was forced to make an on-the-spot and fake announcement of projects worth Rs.75 crore without realising that the completion of these projects in just about seven weeks, including the construction of quality roads leading to the main site befitting the sanctity and significance of the occasion, would be impossible and non-practicable.

The fact, said Mr Majithia, is that the Punjab government had not even delivered on its basic constitutional obligation “to ensure decent basic amenities, such as healthcare back-up and other civic facilities, for devotees who would be coming in very large numbers from all over the world during and after the event.”

The SAD leader said that the CM and his “irresponsible” team could have saved themselves blushes if they had honestly admitted and announced that they had come to see the progress on the projects which the NDA government was putting up as its humble tribute to the legacy of the Great Guru.

But the CM himself could not find even a single significant signature project put up by the Punjab Govt which he could justifiably take credit for. This must have been a heartbreaking realization for him and that seems to have led him to make a rather belated announcement of a token Rs 75 crore worth of projects.”

All the projects which the CM ended up ‘visiting’- from the road networks to the state-of-the-art Integrated Check-post as well as the basic amenities outreach centres such as public health facility etc – are being constructed by the government of India which is also monitoring their progress on a day-to-day basis, unlike Captain Sahib and his PR cabinet who descended here like para-troopers ‘pretending’ to review the progress of work here with just weeks left for the main function.

And how can you effectively review and monitor a project when the entire plan, layout, funding and execution are with a higher authority, the Government of India,” said Mr Majithia.