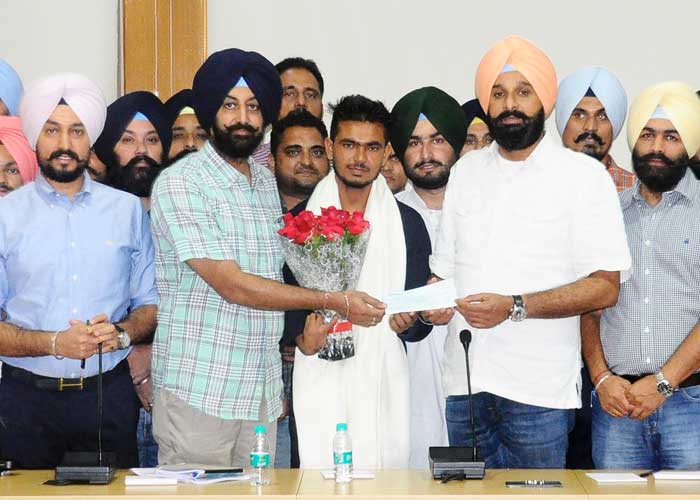 Former minister Bikram Singh Majithia today presented a cheque of Rs one lakh on behalf of the Youth Akali Dal (YAD) to handicapped cricketer Gurjant Singh who was part of the Indian team which defeated England in the World Handicapped T 20 cricket championship.

While presenting the cheque to the cricketer, Mr Majithia said the YAD would also honour the second Punjabi cricketer who was part of the match winning side – Mandeep Singh in due course.

The former minister simultaneously asked the Congress government to wake up from its slumber and recognize the feat of both the handicapped cricketers. He said the Maharashtra government had awarded Rs five lakh to Maharashtrian players who had won the T 20 championship and that the Punjab government should also do the same.

He said though the government had promised ‘ghar ghar naukari’ and done nothing it could at least give both cricketers government jobs against vacant posts reserved for the handicapped category. Mr Majithia said it was incumbent upon the Punjab government to recognize both handicapped players who had won laurels for the State.