Home Punjab Majithia must explain why he wants to save DGP Prabodh Kumar: Aman... 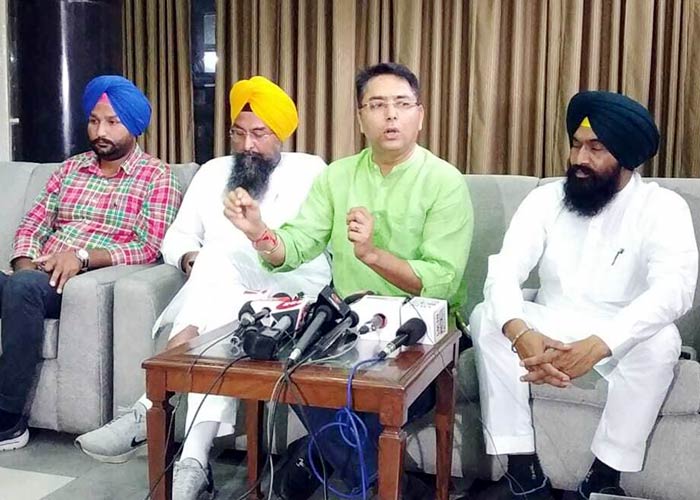 AAP MLA from Sunam Aman Arora on Friday leveled serious charges on Congress & SAD and said both are collectively trying to derail the investigations in Bargari-Behbal Kalan cases, just to hide their failures and misdeeds. Arora expressed shock at the way senior SAD leader Bikramjit Singh Majithia has tried to save DGP Prabodh Kumar who is guilty of Breach of privilege of the House.

Arora said that instead of shielding the guilty , Majithia owes an explanation as to how sacrilege of Sri Guru Granth Sahib happened during the so called Panthic regime.

Arora said that both Congress and SAD are confusing people of the State by linking incidents & investigations of Bargari- Jawahar Singhwala sacrelige and Behbal Kalan-Kotkapura firing incidents, wherein the former relates to sacrilege and theft of Sri Guru Granth Sahib ji in which Closure Report has been filed by the CBI on 4tu July whereas the latter relates to firing and killing of 2 Sikh protesters being probed by Probodh Kumar and Kunwar Vijay Pratap led SIT.

Arora expressed shock as to why Majithia felt punched with moving of Breach of Privilege Motion against the guilty Police Officer, Prabodh Kumar. On the issue raised by Majithia that why Breach of Privilege Motion not being moved against the CM and his ministerial colleagues, Arora said that it seems that Majithia has mastered the art of befooling people as even a common man knows that motion can be moved against a person who acts against the resolution of the House and if Majithia still has any doubts then what stops him from bringing one ?