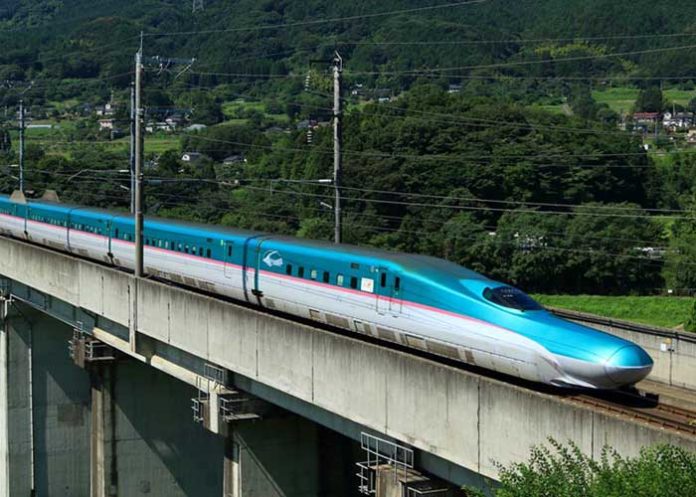 Maharashtra’s Maha Vikas Aghadi government will ascertain if mega-projects like the Mumbai-Ahmedabad Bullet Train can be shelved in view of a staggering Rs 6.71 lakh crore debt burden on the state, Minister Jayant Patil said here on Tuesday.

He said the debt burden comprises Rs 4.71 lakh crore debt besides the obligation of another Rs 2 lakh crore on ongoing projects.

“We are reviewing now what projects are critical for the development of the state and whether others like Bullet Train project can be postponed for a later stage,” Patil said.

His comments came a couple of days after Chief Minister Uddhav Thackeray ordered a review of all undergoing development projects taken up by the previous BJP-led government, especially the big ticket ones like the Bullet Train.

The state has called a meeting of top officials to discuss the viability of the Bullet Train project and what will be the state’s ultimate liability towards it, especially since it faces stiff resistance from farmers and tribals in the Palghar region.

After Thackeray’s statement last Sunday that the state will give a total loan waiver to farmers, Patil said the government is currently devising means to provide relief to the peasant hit by the recent unseasonal rains and floods in different parts.

Supporting the state government’s stand, Congress state spokesperson Sachin Sawant said that the Bullet Train project is being implemented without proper application of the mind or its actual benefits to the country.

“This is intended to divert trade and businesses from Maharashtra to Gujarat. Presently, the air fares on this sector are barely Rs 3,000, but the Bullet Train could be charging nearly four times. Who will afford it, and how will it become viable?” he asked.

Sawant argued that when an advanced country like the US has not opted for bullet trains, there is no need for a developing nation like India to block valuable resources in it.

The Bullet Train project, which Thackeray categorically said has not been stopped, but will be reviewed, will be around 508 km long – 156 km in Maharashtra, 4 km in Dadar and Nagar Haveli and the remaining 348 km in Gujarat.  (Agency)