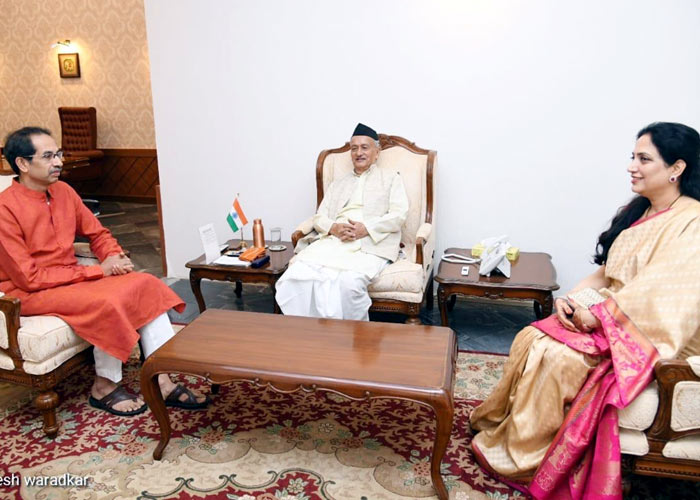 Sporting his traditional kurta-pyjama, this time in a maroon-white combination, Thackeray was accompanied by his wife Rashmi for their courtesy visit to the Governor’s House.

The Governor received them warmly with folded hands and a “namaste” while Thackeray reciprocated and presented a bouquet to him.

Later, the state’s first couple was duly escorted inside the Governor’s office for a brief meeting.

Late on Tuesday, the Governor invited Thackeray to form the next Maha Vikas Aghadi (MVA) comprising the alliance of Shiv Sena-Nationalist Congress Party-Congress and other smaller parties.

He also said that Thackeray would be sworn-in at a function in Shivaji Park on Thursday at 6.40 p.m., downing the curtains on the unprecedented political upheaval that had rocked the state since the past nearly one month.  (Agency)