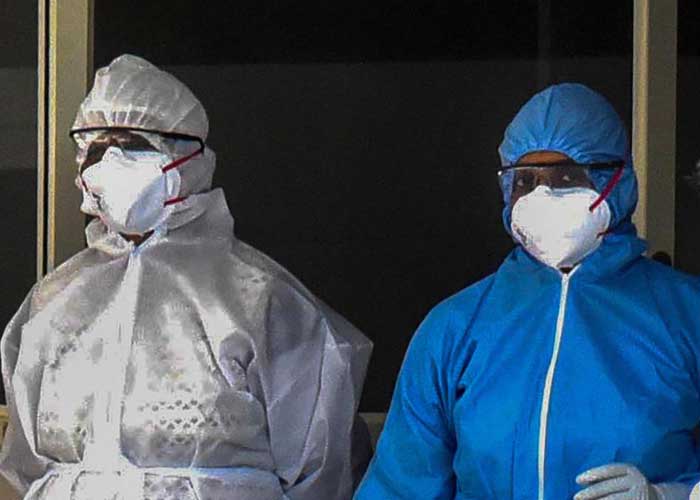 Madhya Pradesh registered its first death due to coronavirus when a 65-year-old woman from the major pilgrim town Ujjain died on Wednesday afternoon.

In a freak chain of events, a journalist, who had attended former Chief Minister Kamal Nath’s press conference last Friday and had received his daughter returning from England earlier in the week, tested positive on Wednesday. His daughter was reported positive on Saturday.

Chief medical and health officer Sudhir Kumar Dehria said that everyone who contacted the journalist is required to remain in home isolation for 14 days. The press conference was attended by many newspersons.

Samples of 10 persons who met the girl were sent for examination. Nine were reported negative, including her mother, brother and others at her place. Only her father tested positive and has been admitted to AIIMS Bhopal. Dehria, however, said there was no cause to panic.

The cases in Indore and Ujjain were confirmed at 4 a.m. on Wednesday. All of them were admitted to three different hospitals in Indore. Three of the patients belong to one family who had visited Rishikesh a week ago. The contact history of the others is being traced.

Indore collector Lokesh Kumar Jatav has imposed curfew in the town. Jatav said the Indore municipal corporation will take more measures to take quick control over the situation.
On Tuesday, two men had tested positive for coronavirus in Gwalior and Shivpuri districts, an official said. Earlier, six Covid-19 cases were reported from Jabalpur, while a woman was found positive for the viral infection in Bhopal on Sunday.  (Agency)