Home Entertainment Bollywood Madhuri Dixit on Saroj Khan’s demise: Devastated by the loss of my... 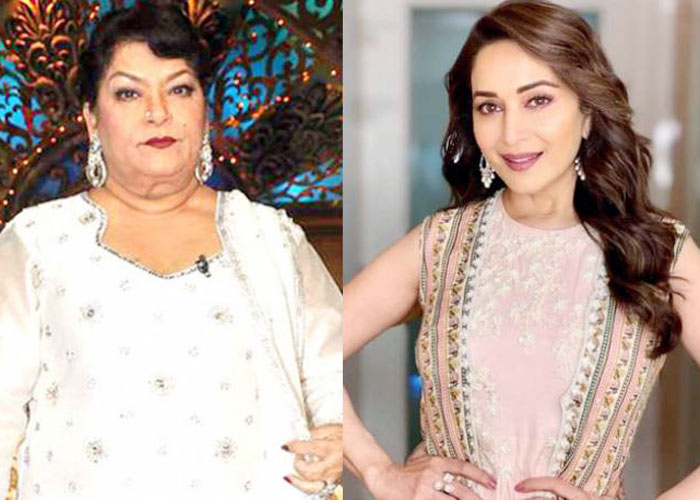 Bollywood diva Madhuri Dixit has mourned the loss of veteran choreographer Saroj Khan saying she has lost a “friend and guru”.

“I’m devastated by the loss of my friend and guru, Saroj Khan. Will always be grateful for her work in helping me reach my full potential in dance. The world has lost an amazingly talented person. I will miss you. My sincere condolences to the family. #RIPSarojji,” Madhuri Dixit tweeted on Friday.

Khan passed away at around 1.30am on Friday after a cardiac arrest. She was 71.

Madhuri’s rise in the late eighties and her superstardom of the nineties and beyond is defined by several hit dances that were choreographed by Saroj Khan.

The actress shot to fame as the one of the industry’s most versatile dancing stars ever with “Ek do teen” in the 1988 superhit “Tezaab”.

Her dance number “Dhak dhak karne laga” in the 1992 superhit “Beta”, also choreographed by Khan, became such a rage that it earned Madhuri the sobriquet of Bollywood’s Dhak Dhak Girl.

The song “Dola re dola” in the 2002 release “Devdas”, filmed on Madhuri and Aishwarya Rai, won Saroj Khan the first of her three National Award for choreography.

Coincidentally, Khan’s last major assignment also happened to be with Madhuri, when last year she choreographed the actress’s moves for the song “Tabah ho gaye” in the film, “Kalank”.

Khan passed away in the early hours of Friday. She was diabetic and had complained of breathing problem last month, following which she was admitted to Mumbai’s Guru Nanak Hospital. Over the past few weeks, she had been experiencing multiple health issues, though she had tested negative for Covid-19, family sources said.  (Agency)