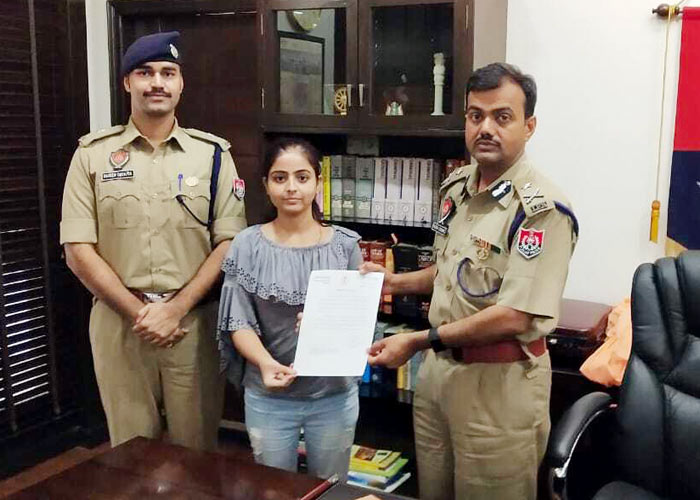 The girl, who fought bravely with a mobile phone snatcher, was specially honoured by Commissioner of Police Mr Rakesh Agrawal at his office, here today. It is pertinent to mention that on September 14, 2019, Miss Harjinder Kaur, daughter of Mr Balwant Singh, resident of house no 42, Street No 1, Ramandeep Colony, Mundian Kalan, Ludhiana, was walking on the road along with her mother, when a motorcycle borne person tried to flee after snatching her mobile phone.

After this incident, the accused snatcher was arrested. Impressed with her bravery, Commissioner of Police Mr Rakesh Agrawal today invited her to his office and honoured her with an appreciation letter. Additional Deputy Commissioner of Police and Miss Harjinder Kaur’s mother were also present on the occasion.

While appreciating her bravery, Mr Agrawal appealed to the city residents to help the police in fighting anti social elements.