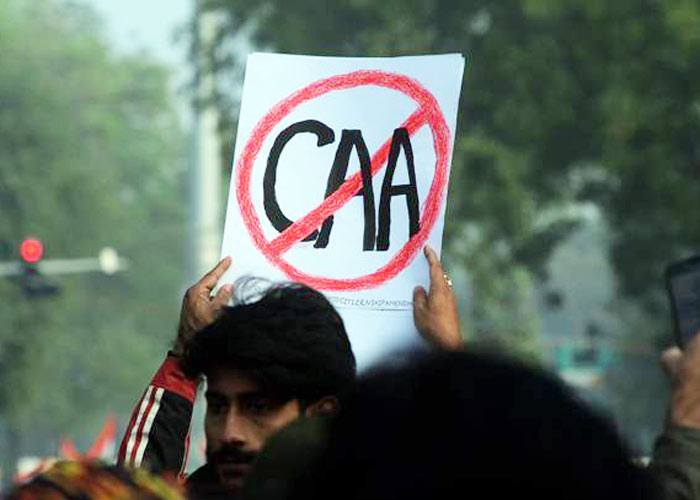 The Lucknow administration has restarted the process of attaching properties of the accused who vandalised public property during the anti-CAA riots in December last year.

The district administration attached a garment and a junk store in Hasanganj area.

“The FIRs were registered in four police stations and notices were served to 54 persons for recovery of damages. Two properties in Hasanganj locality have been attached and the process will continue in the coming days,” said Shambhu Sharan Singh, a district official.

The junk shop belongs to one Mahenoor Chaudhary while the garment shop is owned by Dharamvir Singh. Both are accused in the anti-CAA riots.

The attachment of property was done as per the provisions of the Uttar Pradesh Recovery of Damages to Public and Private property ordinance-2020 and the orders for the same were passed by Additional District Magistrate Vishwa Bhushan Mishra.

The protests against the CAA and the National Register of Citizens (NRC) witnessed a violence in the city on December 19.

It may be recalled that the Yogi Adityanath government had assessed losses to the tune of crores during the riots and administration had sent recovery notices worth about Rs 1.55 crores to over 50 people responsible for the damages.

In March, the district administration had displayed photographs and addresses of protesters on hoarding in the state capital.

The matter was taken to court but after the Corona spread, the Lucknow administration, on March 20, called off all coercive including attachment of property and arrest of the accused.

Congress leader Shahnawaz Alam, also an accused in the anti-CAA protests, was arrested form his residence on Monday night.  (Agency)