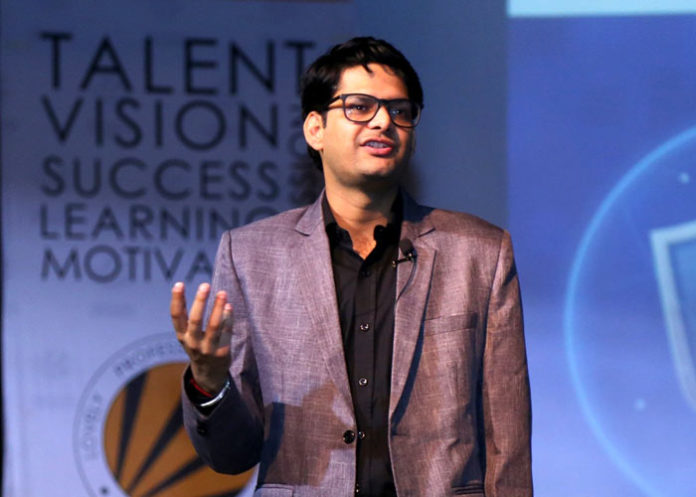 Fortune India, world’s top business magazine featured Lovely Professional University’s alumnus Rahul Tyagi in its ‘40 under 40’ edition of 2019 for the remarkable achievements of his company, ‘Lucideus Tech Pvt Ltd’. Along with the co-founders of Lucideus namely Saket Modi and Vidit Baxi, Rahul Tyagi was recognized by the magazine as one of India’s brightest young business minds below the age of 40 years.

Founded in 2012, Lucideus has delivered impactful performances under Tyagi’s leadership. Not only has Cisco’s Chairman emeritus John Chambers invested in the company, but he has also become a sounding board for its plans and strategies.

Today, Lucideus is present across 14 countries and is growing 300% year-on-year, and its US revenue is set to cross its India revenues this fiscal year. Its clients include marquee banks such as HDFC Bank, brands such as KFC and TATA Sky, and conglomerates such as SoftBank.

A post-graduate with Masters in Computer Applications from LPU, Rahul Tyagi is currently the Vice-President of Lucideus. Tyagi has conducted more than a hundred training sessions globally in the past 5 years. He is also a published author of 2 consecutive editions of the book ‘Hacking Crux’, both of which are based on information security.

Other than that, he has been covered extensively by global media and is one of the most followed Indian Information Security Expert on various social media platforms. Tyagi has also helped companies like Intel, Sony, HP, Discovery Networks, TED, etc to find critical vulnerabilities on their websites.

LPU Chancellor Ashok Mittal shared: “We are extremely proud of our young minds like Rahul Tyagi who has been listed among the top 40 business minds in the country by Fortune India at such a young age. We are certain that our students will continue to achieve such milestones. LPU wishes them best of luck for their future.”