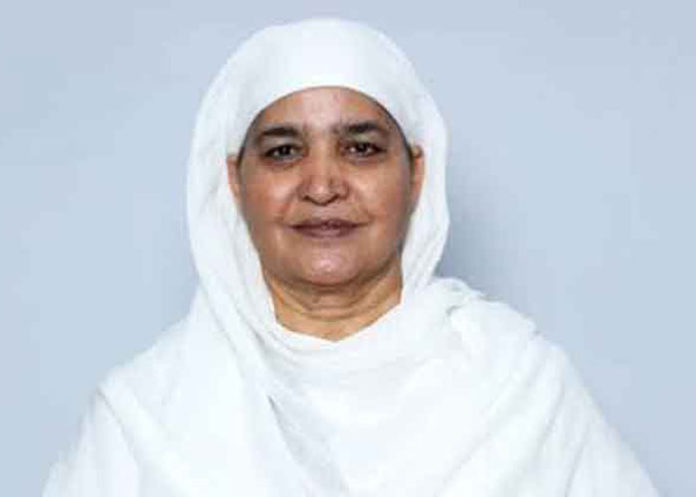 The Istri Akali Dal will crusade against the recent phenomenal hike in Diesel and Petrol prices , while also question the State government for its negligence and sheer loot of the state exchequer for 5600 crore of revenue. Said Bibi Jagir Kaur former SGPC president and former minister

The newly elected Party President Istri Akali Dal wing Bibi Jagir Kaur while presiding over the first 21 advisory committee of the Istri Akali Dal dubbed the Congress for mismanaging the state governance and totally destroying the economy of the state. She said “ it’s unfortunate that the chief Secretary was punished for bringing to the notice of the cabinet meeting presided over by the chief minister that due to vested interests of ministers the state had lost hundreds of crores in excise duty.”

Categorically stating that the state under the congress led regime by Capt Amarinder Singh was responsible for various scandals in the recent past. The former SGPC chief and Istri Akali Dal president said that Liquor Mafia, Sand Mafia and seed mafia mushroomed under the patronage of the ruling congress party while costing the poor citizens of there rights and making the political rulers rich.

Unfortunately the citizenry does not have a voice anymore in the state as the chief minister is elusive and refuses to meet anyone. Said Bibi Jagir kaur. Taking a dig at Capt Amarinder Singh she said that “ He was in self quarantine since he became chief minister although corona is a recent phenomena “.

In the meeting the newly elected 21 member Istri Akali Dal discussed the pertinent question of the state government’s discriminatory decision on punjabi language. In an unanimous decision it was observed that Punjabi is our mother tongue and the party will never let the state government win in its nefarious designs to make it redundant. Language is our culture claimed Bibi Jagir kaur.

She also said that the Congress government was misleading and misinforming the farmers on the farmers ordinance. She claimed that during this present regime in 2017 Capt Amarinder Singh had amended the Market committee act. “ while the SAD has always been very clear on its stand on any issue pertaining to agrarian sector.

It was the SAD which pioneered during Lal Bhadhur Shastri Premiership that MSP was implemented and a food act formulated . A minimum support price assuring the farmer liberated him from the clutches of poverty.

Today the ordinance allows the farmer to sell his produce at the maximum price anywhere outside.

Lamenting that in such uncertain times in the country and world the state government had increased the fees of medical colleges. There is a huge economic depression in the society due to lockdown and the dreaded infectious disease. She said that the entire approach of the state government towards its citizens was myopic, insensitive and discriminatory.

Rueing that there was a huge discrepancy while distributing the rations in the state. Bibi Jagir kaur said that the really needy were deprived while the ruling class made huge economic profits .

The woman’s wing president said that her primary concern and effort will be to reach each woman in the state and make her life better. Be it through small schemes under which she becomes economically independent . A prosperous woman will make a prosperous society.