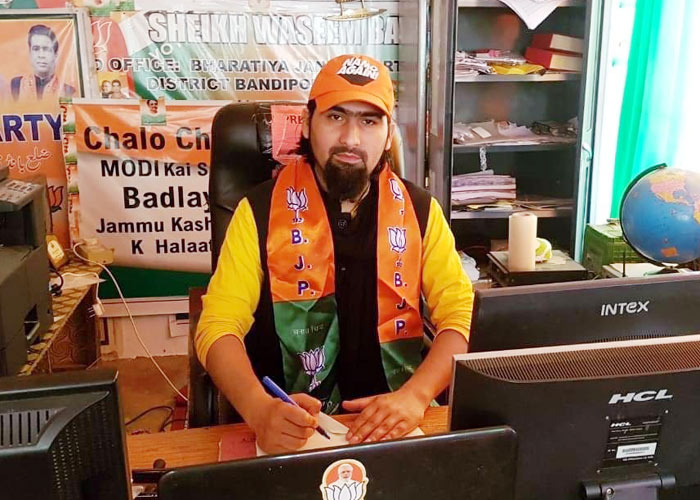 The proscribed terror outfit Lashkar-e-Taiba (LeT) is behind the killing of BJP leader and two of his family members in North Kashmir’s Bandipore district on Wednesday night, Inspector General (IG) Kashmir Vijay Kumar said on Thursday.

The IG spoke to reporters after visiting the home of the slain leader in Bandipore along with senior police officials.

“After watching the CCTV footage it looks that this a pre planned attack,” he said.

He said Waseem Bari had returned home after meeting with a relative on Wednesday evening. His PSOs (Personal Security Officers) went to their room. He went to his shop where his brother and father were present.

“A militant fired at a close range at them, the three took bullets in vital part, in the head, they were taken to the hospital, they died on the way,” he said.

The IG said the terrorists responsible for the incident have been identified.

“It is a group of two LeT militants. One of them is a Pakistani militant and a second one is a local, whose name is Abid. Very soon the police, CRPF and the army will neutralise this militant,” he said.  (Agency)