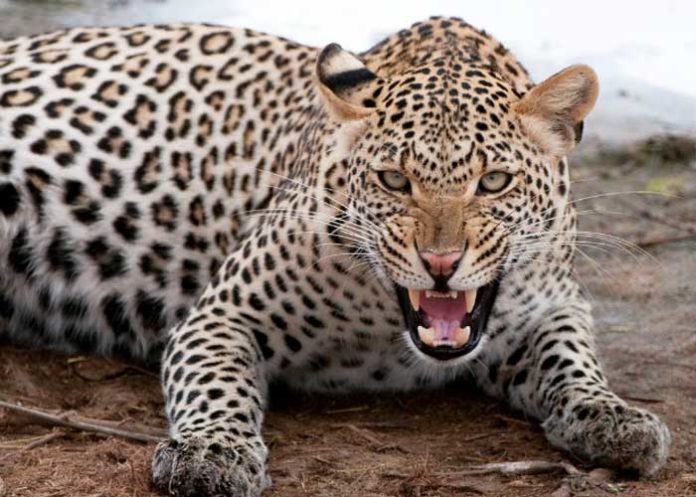 A leopard that entered Srinagar Government Medical College in Uttarakhand’s Pauri district on Sunday was shot dead by forest guards on Tuesday after efforts to tranquilize the wild cat failed, officials said.

A team of experts accompanied by forest guards found the leopard trapped in a room of the medical college.

Initially, they tried to tranquilize the leopard but it attacked the forest guards. Later, in self defence, the wild cat was shot dead.

A trap around the neck of the dead leopard was also found.

The inmates of the medical college heaved a sigh of relief as most of the activities inside the premises had come to a standstill after the leopard entered there on Sunday morning.

The leopard had also attacked and injured two persons inside the medical college.  (Agency)