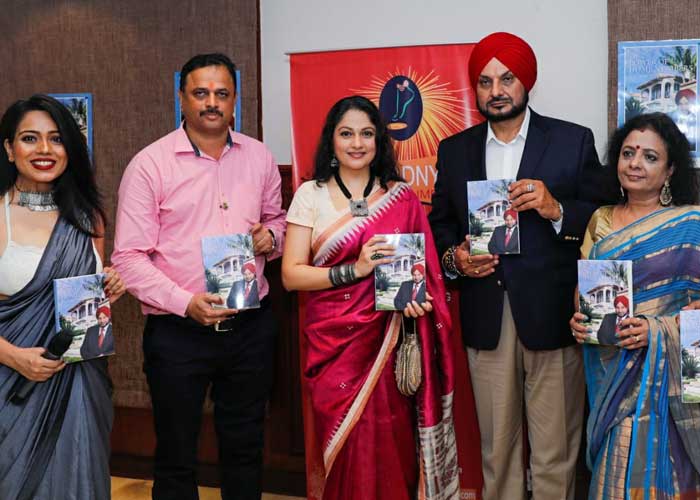 Chandigarh, Oct 28, 2019 (Yes Punjab News)
The book ‘The Power of Home Numbers’, based on numerology and architecture written by Jasbir Singh Kalsi, an eminent Indian-origin numerology based in the US, was released at The Club Mumbai by Superhit film Lagaan fame actress Gracy Singh, where Ambdnya Entertainment’s Directors Gitanjali Rao and Sudhakar Shetty, photographer Demosh Rao and anchor Anupama Singh are also presents. Ambdnya Entertainment played a key role in the release of this book.

Jasbir Singh Kalsi is famous in the US media as Jasse and he is invited to give information about Numerology and Astrology in TV programs. He has been living in the US for thirty years. Jasse is Indian and completely follows Indian rites.

He belongs to the Indian Army family and has been a captain in the Gorkha rifle, then he has also gone to America and been an Air Force trainer. Today he is a recognized real estate consultant in the US.

In 2007, Jasse wrote the first book on numerology and architecture. This time the third edition of his book ‘The Power of Home Numbers’ has been released by a big US publishing company as well as he is very happy to release his book in Mumbai.

During the book launch, Gracy Singh said that I would definitely like to read Jasse Singh’s book. Astrology and Vastu Shastra are associated with the universe. It also proves useful in life. Positive and negative numbers have a big impact in life.

It should also be accepted, but when we live in the spirit of devotion, then everything gets better spiritually. As far as I am concerned, I like to do such work with positive thinking that can have a beneficial effect on the lives of other people as well.