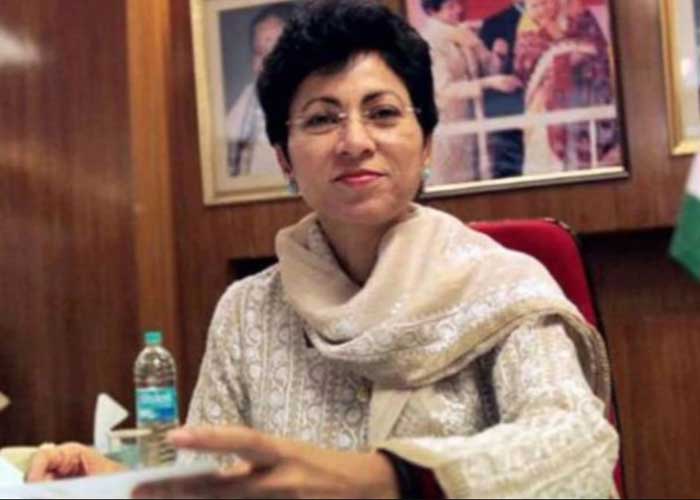 “Hooda has been made the Congress Legislature Party leader (CLP) and Leader of Opposition and also the Chairman of the Election Committee,” he added.

The appointments end months of speculation over the issue of new state Congress chief amid reports of difference between Tanwar and Hooda. Tanwar, considered close to former Congress chief Rahul Gandhi, has had a running battle with Hooda since his appointment in 2014. He is now succeeded by Selja, a Gandhi family loyalist and the party’s Dalit face in Haryana.

Azad admitted that there was a delay in the appointment of the state chief but “better late than never”.

To a question over Hooda using pressure tactics to gain control in the party, he said: “Whatever done in the past is past. This is the future and the new team will ensure to strengthen the Congress in elections.”

After her appointment, Selja told reporters: “It is a huge responsibility on my shoulders, all of us will have to work together. We are committed to the party’s ideology.”

The former Chief Minister also thanked Sonia Gandhi for the responsibility, saying: “The party has taken a decision and I respect it.”

The Hooda faction had been demanding a change in the party’s state leadership ahead of the assembly polls in October this year.

“Thus the party made Selja the new unit chief,” a party leader said.

Meanwhile, Azad, to a question over Hooda’s remarks at the Rohtak rally last month that the party has lost its path, said: “Hooda had been given the responsibility now. If the party had lost direction, he can bring it on the right path.”

Azad also highlighted the various development works carried out in Haryana under Hooda’s tenure from 2005-2014. He said the party has done a lot of works for Dalits and farmers in the state. In terms of per capita income and investment, Haryana was number 1 under Hooda’s tenure, he said, adding that the state had became a hub of health, education and sports.

“Considering all this, he (Hooda) has been given the job during elections. All senior leaders of the states will fight the BJP together,” he asserted.

Before the announcements made on Wednesday, Hooda had recently met Sonia Gandhi and held detailed discussions with her. Last month, Hooda at the Rohtak rally supported the Narendra Modi government’s move to abrogate Article 370 and also warned the party leadership.

“Since the issue (whether to continue with the Congress) pertains to the future of the people, I can’t take the decision alone,” he had said, in an evident demand to the central Congress leadership to hand over the party’s reins in the state to him, or else he would go on his own for the Assembly polls.

The BJP had won Haryana in 2014, improving its from 4 to 47 in the 90-member assembly, followed by the Indian National Lok Dal (INLD) with 19 legislators and the Congress, in third place with 15 seats.   (Agency)