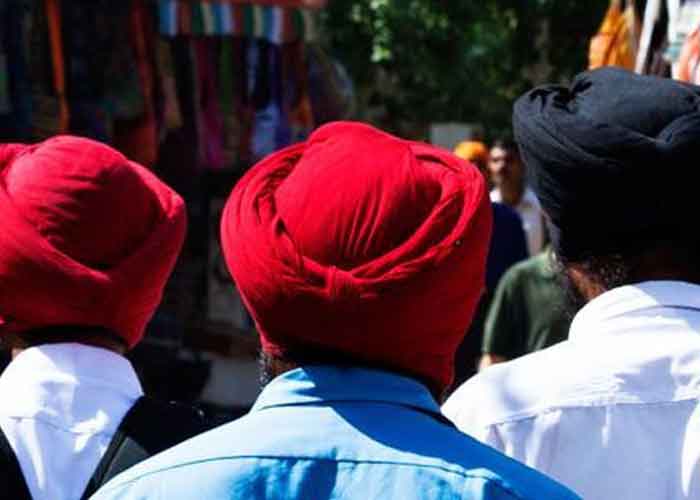 The DSGMC has established first turban bank in the national capital on 2nd November 2019 in famous Gurdwara Bangla Sahib where sikh youngsters who can not afford a turban, can go and get one for themselves on the nominal price of Rs 50/( fifty only) .

The bank which became function around three weeks ago and already 500 sikhs have got turbans from it while around 1000 sikhs have donated their turban for this noble cause out of respect for their religion.The nominal price of Rs 50/- for each turban has been fixed so as the recipient feels belonging to it said Sh Manjinder Singh Sirsa President Delhi Sikh Gurdwara Management Committee here today.

Delhi Sikh Gurdwara Management Committee will set up such turban banks in all 10 historic sikh shrines under its control and will motivate the all sikh institutions like Singh Sabhas who runs local Gurdwaras to start this noble initiatives in their respective areas within next one year in order to cover top 100 Gurdwara in national capital under the Turban Bank scheme so as to provide turban to the youth at the nearest places of their residence .

The turban signifies honour, piety, courage, self respect, spirituality and it is integral to Sikh faith, said Sh Manjinder Singh Sirsa President Delhi Sikh Gurdwara Management Committee here today , urging the needy to contact the Turban Bank office at Gurudwara Bangla Sahib and get a turban for nominal amount of Rs 50/-(Fifty only).

The each donated turban is sent for Dye to give it fresh look and the cost of the Dye is borne by DSGMC .A turban donated is made ready for bearing in next two days . The Sikh Community spread all over National Capital Region has extended support to this bank and is deeply committed to making this project successful to promote vision of divine oneness and social equality.

Youngsters are motivated to register themselves for availing facility of turban bank .The positive response it has evoked in the last three week will see more turban banks coming up in NCR areas like Gurgaon , Faridabad , Noida , Ghaziabad, Vaishali etc in coming months and DSGMC will provide all assistance to sikh institutions for setting up such banks in their respective areas said Manjinder Singh Sirsa President Delhi Sikh Gurdwara Management Committee here today.

The monetary aspect of identifying with one’s Sikh identity was also a compelling factor in setting up and in getting the ‘bank’ up and running. A six metre pagri costs about Rs 600 excluding the tailoring cost he said.

He said that DSGMC has deployed two sikh intellectuals to teach mastering the technique of tying Sikh turban in different ways with patience and practice in observance of Sikh faith to younger generations.