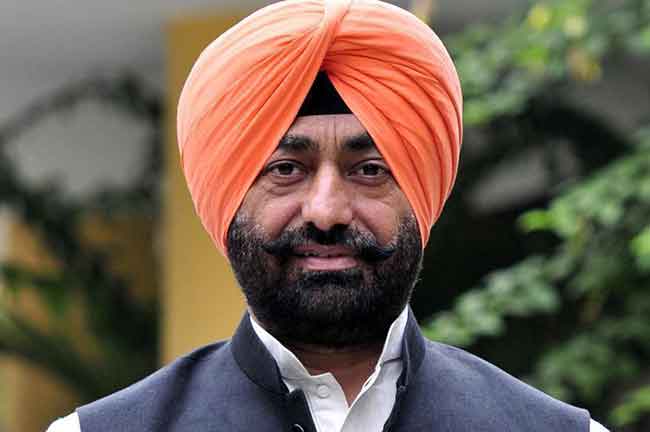 The rebel AAP MLA, who has since floated his own ‘Punjab Ekta Party’ and is now the leader of Punjab Democratic Alliance, has finally resigned as member of Punjab Vidhan Sabha.

READ FULL TEXT OF THE LETTER BELOW

Subject:- My resignation as MLA Bholath.

Through this letter, I wish to tender my resignation as MLA Bholath. Following are the compelling circumstances leading to this decision.

As you are aware, I was elected as MLA Bholath in 2017 on the Aam Aadmi Party symbol. My joining the AAP like lacs of people of India was based on the revolutionary and lofty promises made by Sh. Arvind Kejriwal, to bring about qualitative change in the polity of our country. Unfortunately, as we realise now he has not only dashed the hopes of millions of people of India but has stooped to the lowest level of cheap politicking for petty personal gains. In Punjab he virtually ditched the volunteers of AAP and left them defenceless, the moment he apologised to drug lord ex Minister Bikram Majithia. Thereafter, he threw to winds all principles including the Swaraj ideology, forcing a huge exodus of all well meaning leaders from the party beginning from Prashant Bhushan, Yogendra Yadav to Mr. Phoolka and firebrand MLA Delhi Ms Alka Lamba. As if all this wasn’t enough humiliation, Mr. Kejriwal has now been begging the Congress for an alliance, against whom he and Mr. Anna Hazare built the anti corruption campaign.

Therefore, I including other MLA’s and lacs of party volunteers were left with no option but to float our regional outfit named Punjab Ekta Party (PEP), to watch the interest of our state. Since Lok Sabha polls were fast approaching many likeminded parties and individuals decided to forge a state level alliance to fight the traditional corrupt parties i.e. Congress, Akali Dal and BJP. After due diligence we were able to form the Punjab Democratic Alliance (PDA) comprising of BSP, CPI, LIP, RMPI, NPP and PEP.

The need for forming our regional party and the said PDA arose because the said traditional corrupt parties and their feudal leaders like Capt. Amarinder Singh and Parkash Singh Badal, have pushed Punjab to the brink and a point of no return.

The said parties and their feudal leaders have landed Punjab in a colossal debt of Rs. 2.5 lac crores in the last three decades because of their rampantly corrupt misrule. Farmers and farm labourers are committing suicides in large numbers each day due to a heavy debt burden of over Rs. 1 lac crore. Similarly, more than 44 lac youth of Punjab have been rendered jobless and frustrated, forcing them to flee Punjab to foreign shores for better lives in lacs each year. Drugs like “Chitta”, heroin, smack, synthetic etc. are killing youth everyday in Punjab, while powerful politicians and the police have connived with the drug mafia.

Both, the erstwhile Badal government and now the Capt. Amarinder Singh government have denied justice on the burning issue of sacrilege of Guru Granth Sahib ji and the brutal killings of two Sikh youth at Behbal Kalan on 14th October 2015. These feudal leaders have been continuously shielding police officers guilty of killing Sikh youth and are indulging in cheap vote bank politics even at the cost of our sacred Guru Granth Sahib ji.

All types of mafia created during the last 10 years of Badal rule has been further strengthened by the current Congress government in Punjab. The important trades of transport, bulk liquor, sand mining, cable network etc. have been hijacked by this mafia now being patronised by the ruling party leaders. Corruption is not only all time high but brazen, open and rampant and there is no fear in the babudom of the state, as the political class has now joined them to “loot” its own people.

Likewise employees are up in arms against the government with state wide agitations taking place everyday. They are being denied regular pension, their due instalments of DA, TA etc., implementation of the 6th pay commission has been put in cold storage. Dalits and weaker sections are being deprived of their basic social welfare schemes and their post matric scholarship etc.

Police, that is supposed to ensure safety of citizens has been badly politicised by successive governments to work like private militia of Congress and Akali Dal parties. Political vendetta continues to rule the roost with thousands of false cases being slapped against the political opponents of the present government.

While the poor are deprived of their meagre old age and widow pensions of Rs. 750 PM, feudal leaders like Badal, Capt. Amarinder Singh, Mrs Bhattal etc. are eligible to multiple pensions as MLA’s to the tune of Rs. 4-5 lacs PM.

Therefore, I am of the firm opinion that unless the people of Punjab unite to liberate Punjab from the clutches of these traditional corrupt and feudal leaders, there is no way Punjab can ever make tangible, fruitful or meaningful progress. In order to make this goal a reality, I including other people have decided to contest the ensuing Lok Sabha elections to rid Punjab of these corrupt enemies. Since, I will be filing my nomination papers as candidate of PDA from the Bathinda Lok Sabha seat tomorrow, I have decided to relinquish my Bholath seat as MLA, to uphold morality and ethics in politics. Kindly accept my resignation as MLA Bholath without any further delay.