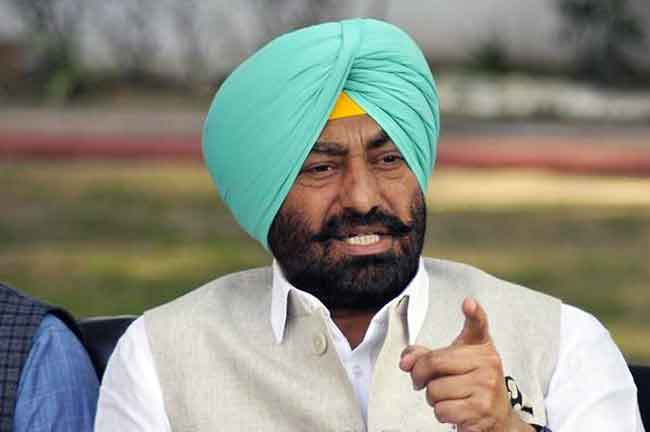 He said that Sukhbir Badal had struck a deal with Dera chief to get him exonerated from Akal Takht and allow his film to release in Punjab in lieu of support in assembly elections. He said that Chief Minister Parkash Singh Badal had on September 24, 2015 called the Sikh high priests to his official residence and handed over the orders to pardon dera chief who was given clean chit on September 24, 2015. All these facts are findings of Justice Zora Singh Commission.

Khaira said that Sukhbir Badal had full knowledge of involvement of Dera followers in the sacrilege cases. Sukhbir Badal who was home minister at that time had tried to divert the attention of Sikhs and blamed ISI of Pakistan for sacrilege. He also arrested two Sikh youth Rupinder Singh and Jaswinder Singh of Panj Garain village for Behbal Kalan sacrilege. Both the youth were tortured in police custody and forced to confess their crime. He said that had committed a grave sin against the Guru Granth Sahib and whole Sikh community.

Khaira said that SIT charge sheet has also indicated involvement of Parkash Singh Badal in the Behbal Kalan police firing in which two youth were killed. He said that Badal had talked to DGP Sumedh Singh Saini at 2 AM on October 14, 2015 and he failed to explain about nature of communication with the DGP. He said that police firing took place same morning at 6 AM. He added that Bada also called Faridkot Deputy Commissioner from the mobile of SAD MLA Mantar Singh Brar and told him to take instructions from the DGP.

He said that Badals had no right to be in politics and claim to be representatives of Sikhs. He said that Sikh community had dumped SAD in 2017 assembly elections and now in Lok Sabha poll too. He said that Sukhbir Badal and Harsimrat Kaur Badal had won their sets due to dera votes and with the money power. He said that urban voters gave votes to SAD due to Modi factor but in rural areas SAD had performed poorly, even in Lambi the home constituency of Parkash Singh Badal.