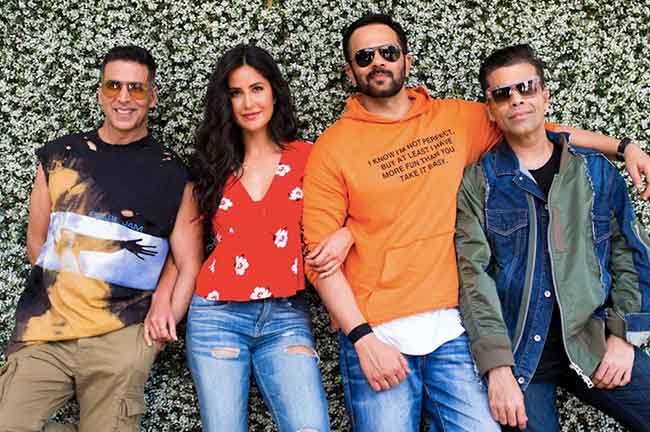 Akshay, who has previously worked with Katrina in films such as “Namaste London” and “Singh is Kinng”, welcomed the actress, whom he called “Sooryavanshi girl”.

“Welcome to our cop universe Katrina Kaif… Our ‘Sooryavanshi’ girl,” he wrote.

Filmmaker Karan Johar, who is bankrolling the film, shared a photograph of himself along with Akshay, Katrina and Shetty.

He captioned the image: “Welcoming the ‘Sooryavanshi’ girl on board Katrina Kaif! Releasing on Eid 2020!”

Akshay will play the lead role of Veer Suryavanshi, a character that was introduced as an Anti-Terrorist Squad (ATS) officer in a cameo role by performed by the “Kesari” star in “Simmba”.

The movie will release on Eid 2020, clashing with the Salman Khan and Alia Bhatt-starrer “Inshallah”.  (Agency)