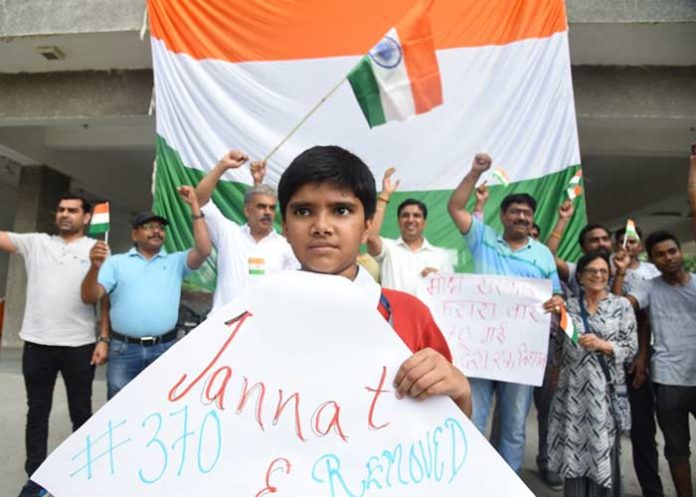 The Kashmiri Pandits have observed the “martyrs day” here, and resolved to continue the fight to reclaim the homeland. The community has been observing this day for past 29 years.

According to a statement on Saturday by Pandits, 1989-90 saw the beginning of ethnic cleansing of Kashmir by Islamic jihadis. “Thousands were killed, women were raped, properties and temples were razed, hit-lists and threats to exterminate the Pandit minority community were published in the newspapers,” it said.

Ashish Razdan, an organiser, said the Kashmiri Pandit diaspora across the globe had decided to observe this day as “Balidan Diwas” every year, wherever they live.

The statement also reminded of over 5 lakh people, thrown out of their homes in one single night. “More than 50,000 Pandits lost their lives due to hostile Jammu weather, starvation, snake bites and exodus-induced health issues. Over 5,000 security personnel have lost their lives in Kashmir fighting the jihadis and terrorists”, said the statement.

Speaking on the occasion  J&K BJP chief, said, “Kashmiri Pandits represented India in Kashmir and that’s why they were killed. Pakistan thought by ethnically cleansing Pandits they will take over Kashmir, but they blocked Pakistan’s nefarious designs globally.”

They also praised the government for abrogating Articles 370 & 35A. Raina said the Narendra Modi government was committed to the dignified return of Pandits to their homes in Kashmir.  (Agency)