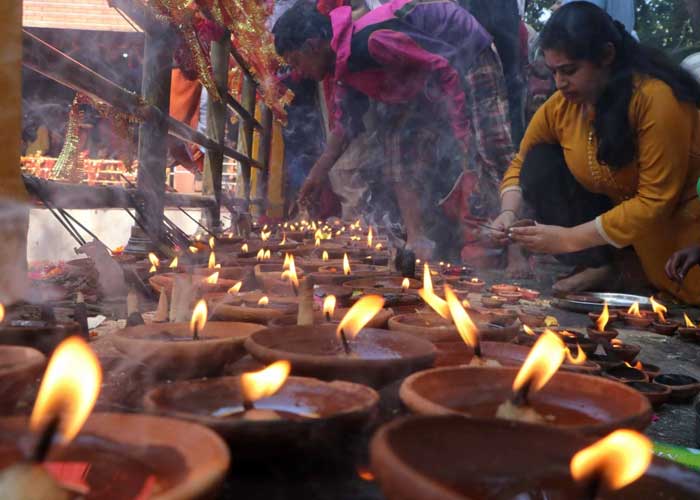 There are a total of just 5,000 to 7,000 temples across Jammu and Kashmir, however, the government has reached a figure of 50,000 temples? How, questions the Kashmiri Pandit Sangarsh Samiti.

The body representing Kashmiri Pandits living in the valley, who have not migrated after militancy erupted, questioned the figures given by Minister of State for Home Kishan Reddy in a press conference in Bangaluru on Monday.

Reddy has said around 50,000 temples were closed over the years in Jammu and Kashmir, of which some were destroyed, and their idols were defaced. The minister said a survey has been ordered and the temples vandalised in Jammu and Kashmir needed restoration.

“In the entire state of Jammu and Kashmir, total number of big and small temples would not be more than 5,000 to 7,000. According to our survey there are a total of 1,842 temples, shamshan bhoomis, holy springs, holy trees and caves in Kashmir Valley,” said Sanjay Tickoo president Kashmiri Pandit Sangarsh Samiti (KPSS).

“While talking about the renovation or reconstruction of temples, it is also important to see that somebody is there to lit a diya in the temple in the morning and in the evening,” said Sanjay Tickoo.

“You don’t just open a temple and show it in the media and the same temple gets closed down after a year or two, I think that is the biggest sin,” said Tickoo.

Sanjay Tickoo said the revocation of Article 370 was a hasty step taken by the central government without consulting the mainstream political parties of the state. He said Pandits living in Kashmir are bearing the maximum brunt of this move.

“Only government of India knows why Article 370 was revoked, but communication gag and restrictions are not going to remain forever. Our relatives and friends are worried, we can’t be kept in a dark cave forever,” Tickoo said.

“Our condition is like that of the majority community of Kashmir, but Muslims can at least go and meet with their friends, if they don’t have food, they can go to mosques or approach mohalla committees. What about us?

He said: “150 out of 808 Kashmiri Pandit families who didn’t migrate from Kashmir are dependent on private jobs; they won’t get their salaries for two months and are heading towards starvation.”  (Agency)