Home National Kashmir to be among most developed states in next 10 years: Amit... 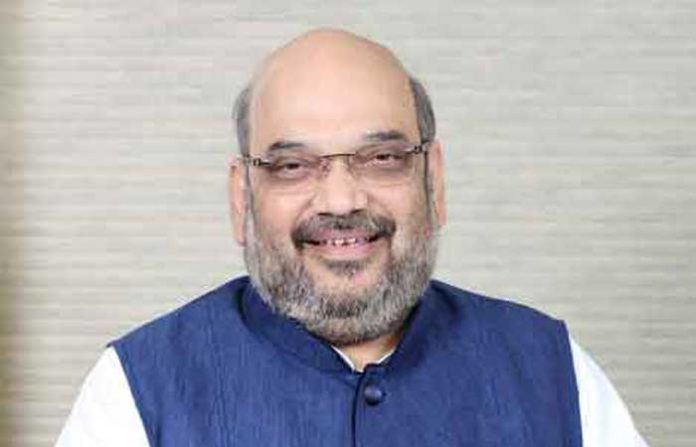 Flagging off the second semi-high speed indigenous Vande Bharat train from the national capital to Katra in Jammu and Kashmir, Union Home Minister Amit Shah on Thursday announced that Kashmir would be in the “list of most developed Indian states in next 10 years and a beginning in that direction had been made today by the railway”.

Shah said the hurdles in the development of Kashmir had been erased with the abrogation of Article 370 that gave the erstwhile state a special status. “With the scrapping of Article 370, Kashmir has become a part of India like the other states,” he said.

The Minister said Article 370, which was scrapped on August 5, was not only a hurdle in country’s unity and integrity, but also a biggest obstacle in the development of Jammu and Kashmir, which has now been bifurcated into two Union Territories — Jammu and Kashmir with an Assembly and Ladakh without one.

“I have firm believe that we will gain success in complete eradication of terrorism and terrorist ideology from Kashmir after abrogation of Article 370. Our Kashmir would be mentioned in the list of most developed Indian states within 10 years,” Shah said.

The Minister said the Vande Bharat train, which has been manufactured at a Chennai-based factory, was a gift to the countrymen from Prime Minister Narendra Modi. .

“A new history is being created through Vande Bharat, which will be a great medium of tourism to Jammu and Kashmir,” he added.

Vande Bharat Express will run between Delhi and Katra fecilitating travel upto the Hindu shrine of Vaishno Devi. The booking for the train will start October 5.  (Agency)