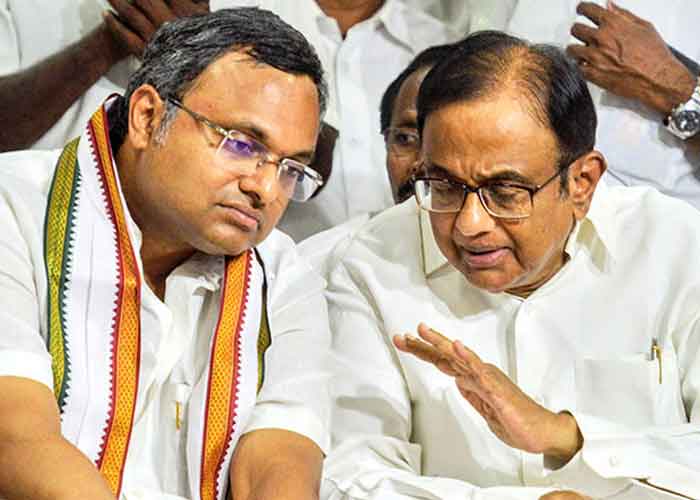 Karti Chidambaram, the son of former Finance Minister and senior Congress leader P. Chidambaram, on Monday penned an emotional letter on the occasion of his father’s 74th birthday, saying “no 56 can stop you”.

In his two-page letter posted on Twitter, Karti, said: “Although you have never been one for grand celebrations, and nowadays in the country, we seem to be making grand celebrations out of every little thing; your birthday is not the same without you with us. We miss you, your absence tugs at our hearts, and we wish you were back home to cut a cake with all of us.”

Slamming the government over grand celebrations on its 100 days in office, the Lok Sabha MP from Tamil Nadu said: “But of course, in today’s day and age, turning 74 is nothing compared to turning a 100 days old.”

Citing a meeting with his father, Karti said: “I am glad I got to see you and know that your spirits are high despite everything.”

P. Chidambaram was arrested on August 21 in connection to INX Media probe and was sent to judicial custody on September 5.

He is lodged in the Tihar Jail since September 5.

Apprising his father of the latest developments in the country in last 40 days, Karti in his letter covered a range of topics such as the Chandraan-2 missionn clampdown in Jammu and Kashmir, economic slowdown, Nirmala Sitharaman’s remark on millennials, Piyush Goyal’s gravity analogy, Assam NRC and the celebration of 100 days of the Narendra Modi government.

Karti also informed his father about Union Minister Prakash Javadekar’s press conference during the celebration of 100 days of Modi government and how his father “missed Javadekar celebrating the GDP at a six-year-low of five per cent as you had pointed out”.

The next hearing in P Chidambaram’s case is scheduled on September 19 in Rouse Avenue Court and on September 23 at Delhi High Court.

The Enforcement Directorate (ED), which is also probing the charge of money laundering in INX Media case is likely to arrest him soon in connection as his anticipatory bail application was rejected by the Supreme Court last week.  (Agency)