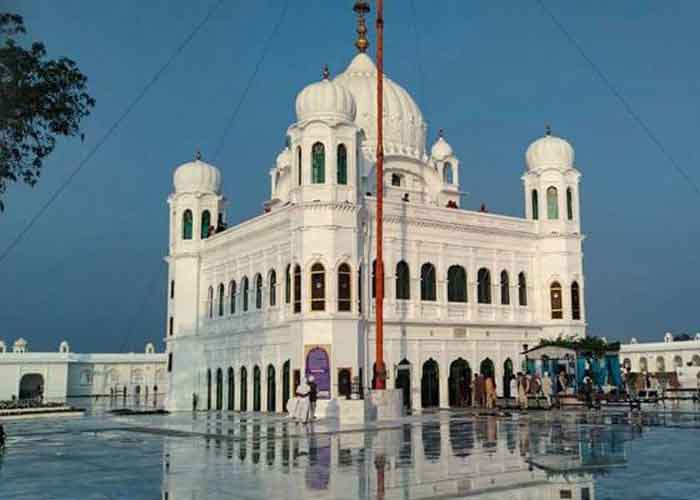 After temporarily suspending the movement of people and commodities from Pakistan at the joint check post at Attari near Amritsar in Punjab, the government of India shut the Kartarpur Sahib corridor from Sunday midnight for pilgrims as a precaution against coronavirus.

In the wake of COVID19 India outbreak, as a precautionary measure to contain and control spread of the disease, the travel and registration for Sri Kartarpur Sahib is temporarily suspended from 0000hrs, March 16, 2020, till further orders, a tweet by a spokesperson for the Ministry of Home Affairs said.

Fearing apprehensions of travel ban on Indian devotees visiting Kartarpur Sahib Gurdwara in Pakistan, Akal Takht, the highest temporal seat of the Sikhs, two days back asked the government of India not to impose the ban.

“Unless the government (of India) is going to impose a travel ban on all international pilgrimages, it should not impose any ban on the devotees visiting the Kartarpur Sahib gurdwara to pay obeisance as it is a matter of faith for the Sikhs,” Akal Takht chief Giani Harpreet Singh told the media in Amritsar.

Officials told since the scare of coronavirus, the number of devotees visiting daily to Kartarpur Sahib Gurdwara has drastically reduced.

With this ban, now devotees won’t be able to travel to Kartarpur Sahib Gurdwara from Monday.

India and Pakistan in October last year signed an agreement to operationalise the Kartarpur corridor to allow Indian pilgrims a visa-free visit to the holy gurdwara, believed to have been built on the site where Guru Nanak died in the 16th century, and located some 4 km inside Pakistan.  (Agency)