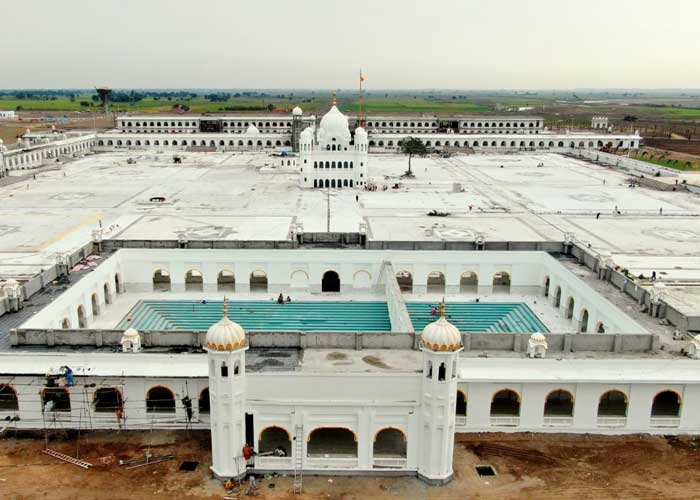 Pakistan Prime Minister Imran Khan on Sunday said that Kartarpur was ready to welcome the Sikh pilgrims from India to mark the 550th birth anniversary of Guru Nanak Dev – the founder of Sikhism.

“I want to congratulate our govt for readying Kartarpur, in record time, for Guru Nanak jee’s 550th birthday celebrations,” Khan said in a series of tweets along with pictures of the set up at the Pakistani side for the incoming Sikh pilgrims at Kartarpur.

On Friday, Khan announced waiving conditions of carrying a passport for identification and prior registration for the visitors.

It also exempted the Indian pilgrims from paying a $20 entry fee on the day of inauguration of the corridor and Guru Nanak Dev’s birthday.

“For Sikhs coming for pilgrimage to Kartarpur from India, I have waived off 2 requirements: i) they won’t need a passport — just a valid ID; ii) they no longer have to register 10 days in advance,” Khan tweeted.

“Also, no fee will be charged on day of inauguration and on Guruji’s 550th birthday,” he added.

The corridor will be inaugurated on November 9.

The Kartarpur Sahib Gurdwara, originally known as Gurdwara Darbar Sahib, is a highly revered Sikh shrine where Guru Nanak Dev spent 18 years of his life and is his final resting place.

Earlier, India and Pakistan signed an agreement to operationalise the Kartarpur Corridor to allow Indian pilgrims a visa free visit to the holy Darbar Sahib. However, the ticklish issue of a $20 service fee imposed by Islamabad remained unresolved.

India signed the deal in the interest of the pilgrims and timely operationalisation of the Kartarpur Corridor before the birth anniversary celebrations that falls on November 12.  (Agency)