Home National Kartarpur Corridor work on, but no progress on demand for access to... 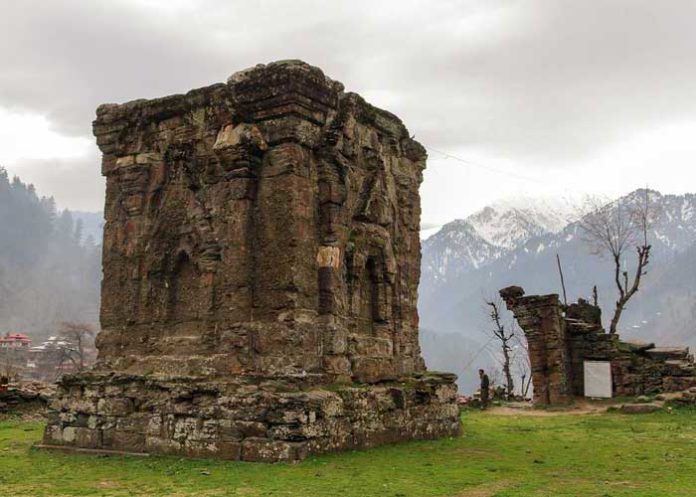 While work is underway to build a corridor for Indian pilgrims to visit Kartarpur Sahib gurdwara in Pakistan, a demand is pending for a similar facility for Sharda Peeth temple, ancient shrine located in Pakistan-occupied Kashmir and revered by Kashmiri Pandits.

India has proposed to Pakistan that devotees be allowed to visit the temple, situated in Neelum valley, about 140 kms from PoK’s capital Muzaffarabad, but it has not accepted the same.

Kashmiri Pandits, campaigning for the facility, argue that the pilgrimage can be allowed on the lines of Line of Control (LoC) permit system, under which residents of Jammu and Kashmir on either side of the divide can travel to the other side.

The LoC permit system is to enable residents of Jammu and Kashmir to travel across the divide to meet their relatives only.

“We want that there should be an amendment to this agreement between India and Pakistan to include pilgrimage in the arrangement,” Ravinder Pandita, founder of Save Sharda Committee, told.

Pandita, who is leading the campaign through his organization, has raised this demand at various levels in the government of India, but were told about the complications involved.

The issue is also now being linked to the LoC trade, which India suspended about three months back after it came to light that it was being used for funnelling of illegal weapons, narcotics and fake currency into India.

Significantly, however, the Pakistan government organized a tour by a five-member delegation of Pakistan Hindu Council to the temple on June 26.

“Hindus, even though of Pakistan, visited the temple after 72 years. Now, the Pakistan government should consider allowing our delegation to visit the temple,” Pandita told, while speaking about his efforts for access to the shrine.

In the meanwhile, he has been writing to the administration and even the ‘Supreme Court’ of PoK, requesting maintenance and upkeep of the temple.

In response to a letter addressed to the ‘Chief Justice’ of Pakistan-occupied Kashmir, Chaudhary Muhammad Ibrahim Zia, the registrar of the Supreme Court of PoK wrote to Pandita in January last year, saying the court has already issued directions to the authorities for “protection of the religious places and temples, such as temples and gurdwaras etc…. In case (of) failure on the part of state functionaries in carrying out of the judgements, you may approach this court for redressal of your grievance.”

He also wrote to the Archaeological Survey of Pakistan, urging it to ensure that people do not enter the sanctum sanctorum of the temple with their shoes on. This has also been done.  (Agency)