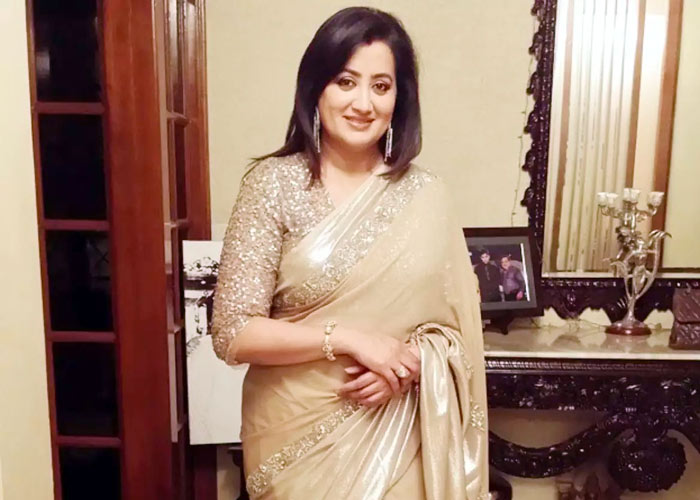 Karnataka’s Independent Lok Sabha member and multi-lingual South Indian actress Sumalatha Ambareesh said on Monday that she has tested positive for Covid-19 and is under home quarantine.

“The test result arrived. It is positive with very mild symptoms. I have been advised home treatment,” Sumalatha said here.

Sumalatha, 56, is a parliamentary member from Mandya, about 100 km from Bengaluru.

“By god’s grace, my immunity levels are strong and I am confident of getting through soon with your support. I provided details of persons I might have come into contact with to the authorities,” she said.

The celluloid heroine developed symptoms of headache and throat irritation on July 4. Hence, she decided to get tested, as she might have been exposed to the virus during the course of her tour in her constituency.

“I urge those who have come in contact with me, if you have symptoms, get tested immediately. Let’s win the war againstA#Covid,” she said in a tweet.

With the support of the ruling BJP, Sumalatha defeated Nikhil Gowda of the Janata Dal-Secular (JD-S) in the May 2019 general elections.

Sumalatha’s late husband and Kannada filmdom’s ‘Rebel Star’ M.H. Ambareesh was former Union minister in the UPA-1 government and a Lok Sabha MP from Mandya for three terms as a Congress and JD-S member.

Ambareesh, who died on November 25, 2018, in Bengaluru, was also a legislative member from Mandya and Srirangapatna Assembly segments in the southern state. He was the Housing Minister in the Siddaramaiah-led Congress government in the state from May 2013 to June 2016.

In a related development, Congress legislator H.D. Ranganath from Kunigal Assembly segment tested positive for the virus and is under treatment at a private hospital in the city, said party’s state unit working President Eshwar Khandre.

Veteran state Congressman B. Janardhana Poojary has also tested positive for the virus and is under treatment at a private hospital in Mangaluru.

“Poorjary, 83, is under treatment at a private hospital here after he tested positive for Covid on Sunday,” party official Ravi Gowda told IANS.

“Poojary is better and responding to treatment in the hospital. Specialist doctors are attending to him in view of his advanced age,” Gowda said.

Poojary’s son J. Santhosh said that his father’s condition is stable and there’s no cause for worry as he is asymptomatic.