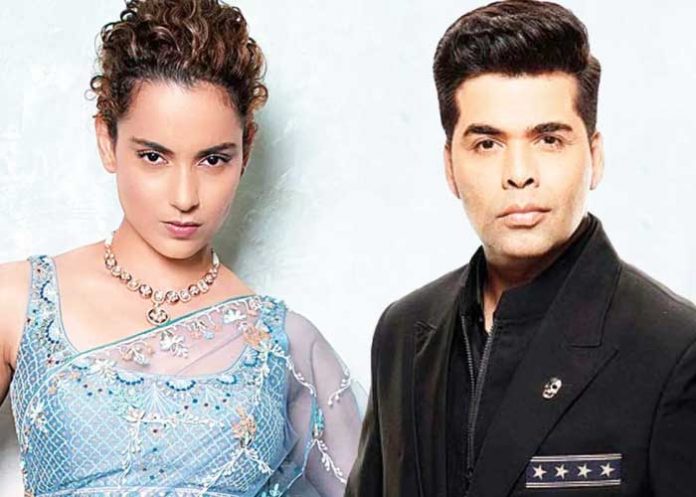 Mumbai, Oct 27, 2020-
Bollywood actress Kangana Ranaut on Tuesday reacted to a Twitter video that claimed Dharma Productions, the production house of Karan Johar, has allegedly littered a village in Goa with biomedical waste after wrapping up a shoot featuring Deepika Padukone.

“Movie industry is not a virus just for the moral fibre n culture of this nation but it has become very destructive and harmful for the environment also, @PrakashJavdekar ji @moefcc see this disgusting, filthy, irresponsible behaviour by so called big production houses, pls help,” tweeted Kangana from her verified account tagging Prakash Javadekar, Minister of Environment, Forest and Climate Change and the official Twitter handle of the ministry.

Kangana’s tweet came in reaction to a tweet by a user who shared screenshot of a news headline that claims Johar’s Dharma Productions has allegedly littered a Goan village named Nerul with garbage after wrapping up shooting for an untitled film featuring Deepika Padukone.

The user also shared a video of garbage and wrote: “Next Time Karan Johar & Deepika Padukone pretends to care about the planet , remember that they threw Biomedical waste, including PPEs from health centers & govt hospitals on roadside in Goa. For this, an example should be made out of them. Heavy Fine and Public Shaming needed.” (Agency)