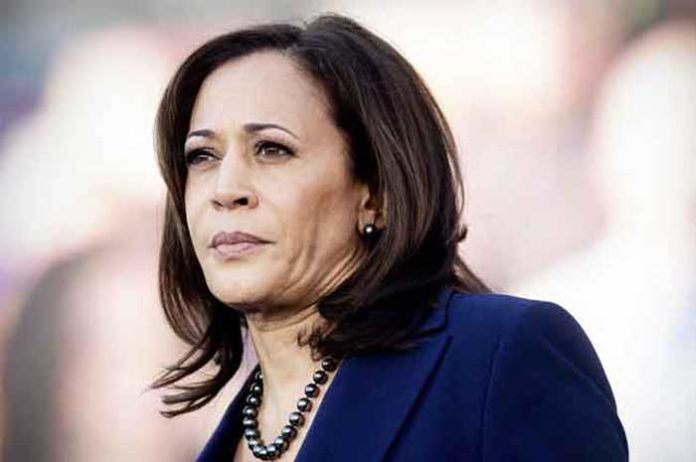 New York, Oct 19, 2020-
Peak mudslinging season is here. With exactly 15 days to go before US elections 2020, the many interpretations of Democratic VP candidate Kamala Harris’ political performance continue to roil the idea of racial politics in the US even as the Trump-Biden head to head race is tightening.

If Joe Biden wins, what kind of Veep will America get is a question that is being interpreted in popular culture with GIFs, outright racism and overt references to how men ran away from the Hillary Clinton vote in 2016, because the former US Secretary of State reminded them of a certain kind of female persona that made them gag.

“Kamala (Harris) is not half as bad as Clinton, but she can be, when her jaw is set. I voted Trump in 2016 just because I didn’t like Clinton. She reminded me of my too-strict aunt lecturing me,” a voter in Union County, New Jersey, told.

Hillary Clinton memories do stick to Harris but it’s also moved on from there. Multiple Kamala avatars have entered the public imagination, some inserted by Trump and some by Harris’ recent big ticket political performances, notably the VP debate.

The US President has insisted that within a month of a “Sleepy Joe” (Biden) presidency, Harris will be running the US. A Trumpian senator mispronounced Kamala Harris’ name repeatedly at Trump rally on October 16 when he referred to Harris as “KAH’-mah-lah? Kah-MAH’-lah? Kamala-mala-mala? I don’t know. Whatever”, sparking the “MyNameIs” counterpunch on social platforms.

Harris’ “Mr. Vice President, I’m speaking” during the long Vice Presidential debate is the latest entry into the annals of anti-mansplaining.

The Kamala Harris of the Amy Coney Barrett hearings stopped a few steps short of the combative Harris of the Brett Kavanaugh hearings – a rarely seen tactic for Harris, now that her name is on the ballot.

A collection of Harris’ facial expressions during the Veep debate against Pence headlines comedy shows like Saturday Night Live (SNL). There, the suggestion is that Harris’ smirks, grimaces, raised eyebrows – all of it – were picked with great care with an eye on the memes that would undoubtedly follow.

Which gives Harris and her team the latest persona, still being cooked – as folks with an exquisite knowledge of the production of visual culture in American politics.

The Harris candidacy for VP is the first time in American history that an Black and Indian-American name is on a presidential ticket.

Harris backers say the mispronunciations of Harris’ name reek of racism. Harris’ first name is pronounced, as she explains in her biography, “comma-la,’ like the punctuation mark.”

Now, that too has its own GIF, with a pink lotus, its soft petals opening outward. (Agency)