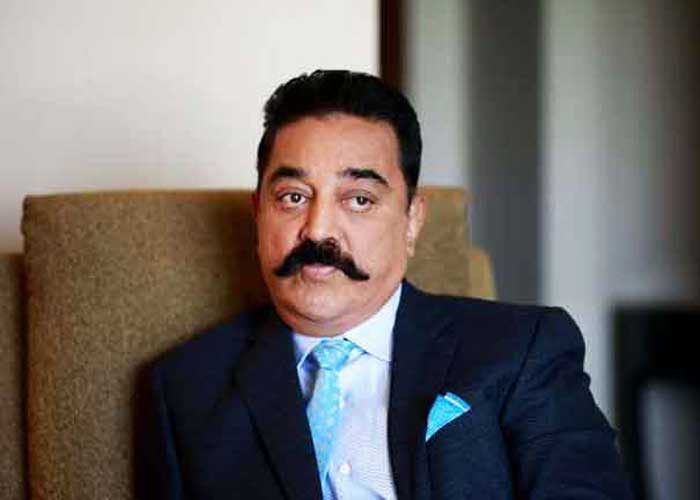 Actor-filmmaker-politician Kamal Haasan has written an open letter to Prime Minister Narendra Modi stating that the decision to impose a 21-day national lockdown, in a bid to battle the ongoing COVID-19 pandemic, was a wrong one.

In his letter Kamal Haasan, founder of the political party Makkal Needhi Maiam, wrote: “Respected Sir, I pen this letter as a responsible but dismayed citizen of our country. In my first letter to you dated 23rd March, I had urged the government to not lose sight of the plight of the unsung heroes of our society, the most downtrodden, the weak and the dependent.

The very next day, the nation heard the announcement of a strict and immediate lockdown, almost demonetisation style. I was taken aback but I chose to trust you, my elected leader, the one we would like to believe knows best. I had chosen to trust you even when you announced demonetisation but time proved I was wrong. Time proved you too were wrong sir.”

Praising the mass following that PM Modi enjoys as no other world leader, he added: “My biggest fear is that the same mistake of demonetisation is being repeated albeit at a much bigger scale. While demonetisation led to loss of savings and livelihood of the poorest, this ill-planned lockdown is leading us to a fatal combination of loss of both life and livelihood. The poor have nobody to look upto except you sir.

On one hand you are asking the more privileged people to put up a spectacle of lights while on the other hand the poor man’s plight is itself becoming a shameful spectacle. While your world lit up oil diyas in their balconies, the poor are struggling to gather enough oil to bake their next roti.”

“Your last two addresses to the nation had you trying to calm the people which is necessary in these trying times but there is something more urgent as well as important than that. These psychotherapy techniques can address the first world anxiety problems of the ‘haves’ who have a balcony to cheer. But what about those who don’t even have a roof on their heads?

I am sure you don’t want to be a balcony government only for the balcony people by completely ignoring the poor who are biggest constituent of our society, our support system and the foundation on which the middle-class, the well-to-do and the rich build their lives. The poor man never makes it to the front page news but his contribution to nation building both in spirit and in GDP cannot be ignored.

He has a majority stake in the nation. History has proven that any efforts to destroy the bottom has led to the toppling of the top. Even science will agree here!” Kamal Haasan wrote.

He further stated: “This is the first crisis, the first epidemic that the top of the society has inflicted upon the bottom. And the topmost, i.e, you sir seem interested in bailing out everybody but those at the bottom. As millions of daily wage labourers, house-helps, street-cart vendors, auto-rickshaw & taxi drivers and helpless migrant workers struggle to see light at the end of the tunnel, we seem to be securing only an already well-built middle-class fortress.

Don’t get me wrong sir, I am not suggesting we ignore the middle-class or any one segment. In fact, I am suggesting the exact opposite. I would like to see you doing more to secure everybody’s fortress and ensure that nobody goes to bed hungry. COVID-19 will continue to find more victims but we are creating a fertile playground for Hunger(H), Exhaustion(E) and Deprivation(D) of the poor. HED ’20 is a malady that is smaller in profile but far deadlier compared to COVID-19.It’s impact will be felt long after COVID-19 has vanished.

“Every time there is a feeling that we have a chance to arrest the slide, you seem to be sliding into your comfort zone of unleashing a spirited election-style campaign idea. It seems you are comfortable outsourcing responsible behaviour to the common people and transparency to the State governments.

This is the perception you are creating, especially amongst those who spend enough time working toward and intellectualising for a great today and tomorrow for India. I am sorry if I have offended you with the use of the word intellectual here, for I know that you and your government does not like that word.

But I am a follower of Periyar and Gandhi and I know they were intellectuals first. It’s the intellect that guides one into choosing a path of righteousness, equality and prosperity for all.

“The focus on merely keeping people’s spirits alive through warm and fuzzy campaigning is probably leading your establishment into ignoring certain actionables that could actually save lives. Long into the epidemic, when the entire country’s law and order system had been primed, your system failed to stop congregations of ignorant and foolish people in different parts of the country. These have become the biggest hubs for the spread of the epidemic in India. Who is responsible for all the lives lost due to this negligence?

“As per the Chinese government’s official statement to the WHO, the first confirmed case was reported on 8th December. Even if you concede the fact that the world took a lot of time to understand the gravity of the situation, by early February, the entire world knew that this is going to wreak havoc of an unprecedented kind.

India’s first case was reported on 30th of January. We had seen what happened to Italy. Yet, we did not learn our lessons early enough. When we eventually woke out of our slumber, you ordered an entire nation of 1.4 bn people to shut down within 4 hours.

A mere 4 hour notice period for the people when you had a 4 month notice period! Visionary leaders are ones who work on solutions long before problems become big.

“I am sorry to say that sir, this time your vision failed. Furthermore, your government and its appointees seem to be expending all their energies on a combative response to any feedback or constructive criticism. Sane, well-wishing voices with national interests in mind get quickly, intentionally and clinically drowned by the trolls of your army and are dubbed anti-national.

“I dare anyone to call me an anti-national this time. The common populace cannot be blamed for being ill-prepared for a crisis of this magnitude but you can be and shall be blamed for this. The government is appointed and paid by the people to keep their lives normal and safe.

“Events of these magnitude get etched in history for two reasons, one being the devastation (illness and death) that they cause due to their core nature. The second being the long term impact of what they teach humans to prioritise and the kind of socio-cultural changes they bring about. I am extremely saddened to see our society plagued by an outbreak that is far more dangerous and longer lasting that any virus that nature has ever hurled at us.

Sir, this is the time to listen to voices who truly care. I do care. It’s the time to smudge all boundaries and give a clarion call to everyone to come on to your side and help. India’s biggest potential is its human potential and we have tided over bigger crises in the past. We will overcome this too but it must be done in a way that brings everyone together and doesn’t become yet another reason to choose sides.”

Kamal Haasan ended the letter saying that although angry, he is on the Prime Minister’s side. (Agency)