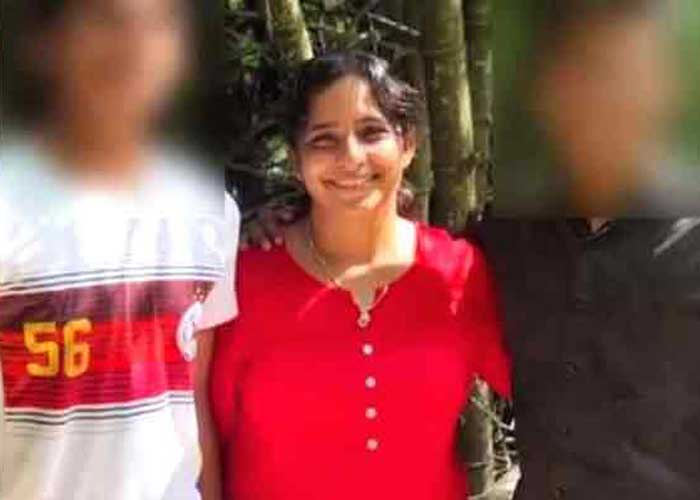 Despite being cheerful in appearance, did Jolly Thomas, the serial cyanide killer of Kozhikode, suffer from a personality disorder?

The police suspect that the ruthless serial killer could have hidden traits of a psychopath, who went on to eliminate her husband, in-laws and relatives one after the other.

Jolly, who killed six family members at regular intervals spanning over 14 years, could also be suffering from split personality, where she led two different roles in life — that of a housewife and a cold blooded serial killer — feels Director General of Police (DGP), Kerala, Lok Nath Behera.

In fact, the overall jovial personality of 47-year-old Jolly Thomas has baffled the investigators, who are interrogating one of the most intriguing criminal minds accused of wiping out an entire family.

While primary forensic evidence suggests that Jolly poisoned six family members to death by serving them food laced with cyanide, her friends and close relatives feel that she is ‘innocent’ and is being framed in the case.

The police have finally decided to conduct an in-depth psychoanalysis of Jolly to ascertain whether she had any traits of being a psychopath.

The cyanide serial killings seem to be the rarest of crimes to be reported in India in recent times. No wonder, the modus operandi of the killings has stunned state police chief Behera, who has investigated several high-profile cases as Joint Director, Special Crimes, in Central Bureau of Investigation (CBI).

“Let me admit, this case is too complicated as it involves a homely lady who apparently looks very normal in her behaviour, but evidence gathered by us indicates that she is a serial killer. I have now asked the officials to engage the best psychologists to carry out an in-depth study of her mental behaviour,” the IPS officer of Kerala cadre told.

On potassium cyanide being used by Jolly as a lethal weapon, Behera said that prima-facie the forensic examination of the mortal remains of the victims, which have been exhumed from their graves, suggest that poisoning caused all the deaths.

“But we have to probe threadbare into the cause of deaths. To ascertain that cyanide was used to kill the victims, I intend to dispatch the samples to the best forensic labs. If we do not get any specific leads from the Indian labs, the government would send the samples to England, which is considered to have the most advanced forensic toxicology labs, to find out traces of cyanide if the chemical was used in the killings,” said Behera, who is supervising the case that has sent shock waves across the southern state.

Meanwhile, Jolly’s son Romo Roy (21) said that though it was difficult to believe that her mother could execute the killings of his father, grandfather, grandmother and other family members, if the evidence gathered against her suggests that she is an accused, then the law should take it’s own course.

Romo’s statement on her mother’s involvement could shed more light on the mystery killings which have been buried in police files for years.

So far the probe suggests that Jolly served food laced with cyanide to the victims. The first reported killing was executed in 2002 by Jolly wherein the victim was identified as her mother-in-law, Anamma Thomas.

Six years later in 2008, Jolly allegedly killed her father-in-law Tom Thomas. In 2011, it was the turn of Jolly’s then husband Roy Thomas.

The killing spree continued at regular intervals in the residence of the Thomas family. The next victim in queue was Roy Thomas’ maternal uncle Mathew who died under similar circumstances in 2014.

Two years later, another close relative Sily, the wife of Shaju (Jolly’s paramour), and her one year old child died under similar circumstance.

The police are now investigating the role of the Jolly’s second husband Shaju, cousin of her first husband Roy Thomas, in the serial killings committed allegedly by Jolly and her two aides.

Sources said that several witnesses, including the neighbours of the Thomas family, are being questioned by the police to gather evidence in the case.