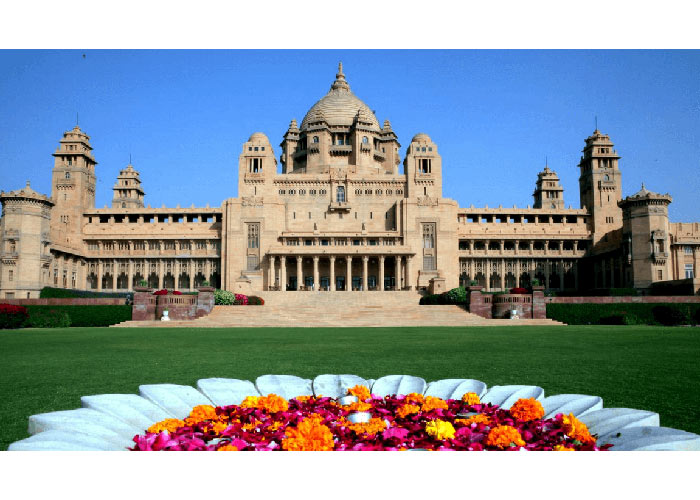 Agra is passe. In India, more foreign tourists now want to visit Jodhpur, than the city of Taj. Don’t take our word for it? Take that of digital travel leader booking.com, which has delved into global booking trends to reveal the top 10 emerging travel destinations for 2020, and the Rajasthan city figures prominently alongside hidden gems in Eastern Europe and Asia on the list as a destination promising novel experiences, untouched natural beauty and the chance to soak up the magic before everyone else catches on.

Known as one of the most colourful cities in the world, Jodhpur is a landscape full of blue houses and monuments such as Mehrangarh Fort, Umaid Bhawan Palace and the Mandore Gardens, and its winding medieval bazaars offer enough opportunities to foodies and shopaholics.

Other destinations on booking.com’s list of emerging travel hotpots for 2020:

1. Il Gzira, Malta
Head to Il Gzira for a cultural beach trip in 2020. Located on the north eastern coast of Malta it lies in direct view of the walled city of Valletta. The stunning seaside destination takes its name from the Maltese word for “island” and with the city’s sweeping Marsamxett harbour overlooking Manoel Island, it’s not hard to see why.

Fort Manoel, which was built in 1726 on Manoel Island adjacent to the town itself, makes a great day trip for travellers to learn more about the town’s history and the island’s past as a hospital quarantine. After exploring, travellers can enjoy local cuisine with incredible views as they relax at one of the many restaurants overlooking the harbour.

2. Ninh Binh, Vietnam
Often referred to as the “Ha Long Bay on land”, Ninh Binh is a dense patch of greenery that emerges from land rather than water. Quieter than its nearby namesake, it offers travellers a scenic escape just a few hours away from bustling Hanoi.

Outside the city itself, the province is a medley of mountains, rivers, caves, rice fields and pagodas. Taking a boat tour in this picturesque natural area may look like something from a movie.

3. Salta, Argentina
Bright colonial architecture with unique landscapes nearby, Salta is located in the heart of the Argentine Andes and is the ‘best of both worlds’ destination. Whether taking in the colourful cityscape with a visit to 9 de Julio Plaza, a lush public square in the heart of the city; visiting San Francisco Church, a historic church and monastery that dates back to the 1600s; or exploring the nearby landscape of The Hill of Seven Colours and Salinas Grandes (salt flats), a trip to this beautiful part of the world is sure to leave a colourful impression.

4. Seogwipo, South Korea
The second largest city in South Korea’s Jeju Island, Seogwipo, is a bustling coastal city surrounded by natural wonders of the volcanic coastline. Ideal for active travellers, Seogwipo’s clear blue waters will prove popular with scuba-diving enthusiasts, while nearby Mount Hallasan is a great option for those looking to lace up their boots and take a hike.

Seogwipo is also the perfect base to visit the nearby waterfalls – Cheonjiyeon Falls and Jeongbang. To refuel after a day of adventuring, the Seogwipo Olle Market offers tastes of the region with various street foods and fresh produce stalls, while downtown Seogwipo is home to many traditional Korean restaurants and BBQ spots.

5. Swinoujscie, Poland
Located in northwest Poland, Swinoujscie is a beautiful port town on the Baltic Sea, just ideal for water lovers. Travellers can immerse themselves in the town’s history and visit the Museum of Sea Fishery, which features model vessels and astonishing sea creatures.

Continuing with the sea theme, they can also take a trip to the 19th century Lighthouse for panoramic view of the harbor from the observation deck. Adrenaline junkies can dive into even more aquatic experiences, spending the day doing water sports on Swinoujscie Beach, one of the widest beaches in Poland.

6. Takamatsu, Japan
Takamatsu, also known as Udon Kingdom and the Gateway of Shikoku, is a port town perfect for travellers interested in its vibrant food scene and scenic beauty. Once you have finished feasting on noodles, a must-visit are the Engetsu-kyo (moon crossing) bridge, iconic lotus ponds and the picturesque Ritsurin Park, which is home to many tea houses where travellers can experience a traditional Japanese tea ceremony.

The flora isn’t the only picture opportunity for travellers, with a thriving art scene, San Juan’s streets are adorned with street art while more architecturally-minded travellers can enjoy El Morro, Castillo de San Cristobal and Paseo de la Princesa. A trip to San Juan will also aid in Puerto Rico’s efforts for recovery from the damages of 2017’s Hurricane Maria.

8. Zabljak, Montenegro
Travellers looking to go off-grid with their 2020 travels should head for the mountains in Zabljak, a small town in northern Montenegro and at the center of the Durmitor mountain region. Whether travelling in winter for an adrenaline-packed trip on the snowy slopes or during the warmer months to experience thrilling water sports on the lakes and rivers and hiking trails nearby, this destination appeals all year round.

The must-see list includes Durmitor National Park, Black Lake and the Djurdjevica Tara Bridge, which was once the biggest concrete arch bridge for vehicles in Europe.

9. Yerevan, Armenia
For history lovers, Armenia’s capital Yerevan’s past and spectacular architecture makes it a must-experience destination. Take in the spectacle of the St. Gregory the Illuminator Cathedral, one of the largest cathedrals of the Armenian Apostolic Church in the world.

After exploring the ruins of the Zvartnos temple located within the Ararat Plateau, enjoy views of the surrounding mountains. While sightseeing in the city, don’t miss the Cascade, a giant stairway made of limestone which features fountains, sculptures and a tranquil garden courtyard and Republic

Square, the central town square which is home to entertaining musical fountains.  (Agency)