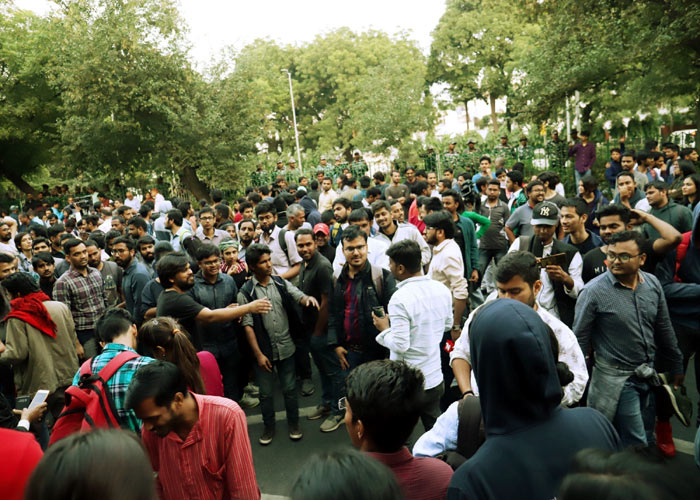 A confidential report of the Special Branch of Delhi police reveals that protesting students of Jawaharlal Nehru University (JNU) had no initial plans to march towards Parliament.

“At the behest of prominent CPI and CPI-M leaders, the student group finally decided on Saturday to lead a march to Parliament on Monday,” says the report of the Special Branch sent to the Police headquarters.

On the basis of intelligence inputs, a heavy contingent of police consisting of 800 constables of local police and ten companies of Central paramilitary force was deployed at JNU while key Metro stations were shut.

On Sunday late evening, government officials held a meeting with a few student groups and requested them not to march towards Parliament where the winter session was to begin. However, the report says Left-supported student organisations, the AISA, SFI and AISF, insisted that the march to Parliament would not be postponed.

Sources said on Monday morning, a mob of students forced its way through by breaking the first line of police barricades. The students were led by a Left-wing union.

The report of Special Branch reveals that after the barricades were broken, the students were pacified. They were told that a high-power committee has been constituted to consider their demands. On persuasion of two senior IPS officers, most students seemed convinced and retracted.

However, after a while, a large group of students, suddenly turned violent and managed to break the barricades and proceeded to New Delhi area through Aurobindo Marg. The police contained the agitated groups at Safdarjung Tomb near Jor Bagh, at the border of New Delhi District.

The report says a particular student organisation again refuelled the situation by raising slogans against the government. Subsequently, over 100 students broke through the barricades and tried to march towards New Delhi district area.

The police spokesman told IANS that later these students had to be detained to prevent the situation from going out of hands. The report says that besides the Left, a few leaders of a prominent opposition party were also backing the agitating students to lead a procession towards Parliament.  (Agency) 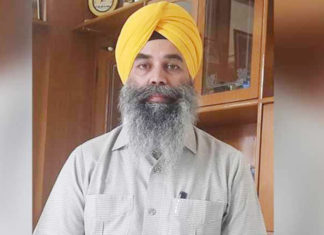