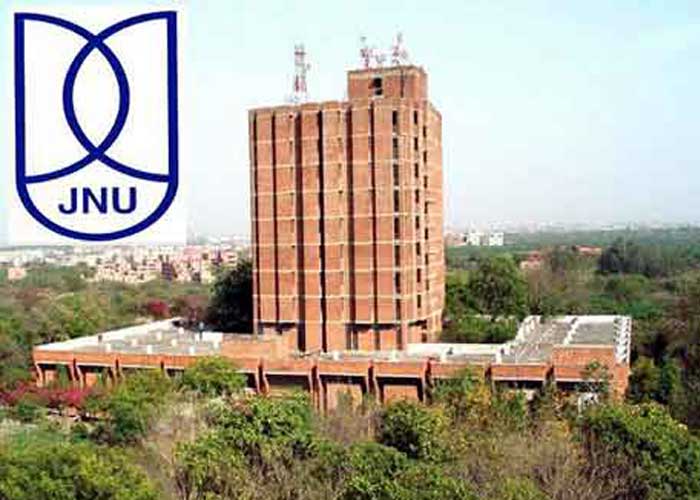 From being known as one of the most prominent educational institutes in the country to being one of the most controversial Universities in India, Jawaharlal Nehru University (JNU) has travelled a long way within about three years.

The unwanted journey, began with the infamous 2016, ‘Tukde-Tukde’ episode which allegedly brought University the ‘anti-national’ which the varsity is yet to recover from.

Although the ‘Tukde-Tukde’ episode might be one of the biggest news stories of 2016, the University has managed to put its administration and students face to face on almost every turn of the journey.

The lockdown of its administration block multiple times to the Union HRD Minister getting stuck for over six hours at the venue of JNU’s convocation and then to the vandalism in University by its own students, the JNU has seen almost all now.

It was in 2016, the administration and students locked horns over holding an event against the hanging of parliament attack convict Afzal Guru, though the admin denied permission for the event, the students held a debate on February 9, 2016, during which anti-national slogans were allegedly raised, leading to several university students charged with sedition charges.

Another major controversy that University is still get rid of is the unsolved case of a missing JNU student , Najeeb Ahmad, who went missing from the university campus after a brawl with members of RSS-affiliated ABVP. Since then it’s been three year that Najeeb is missing.

Najeeb is though not forgotten by the students of the university, as his name comes up in almost every protest, even in the latest defacement of administration block where walls of the admin block were painted with graffiti, Najeeb name found space in most walls. “Bring Back Najeeb,” students wrote on the wall of the block.

Apart from Najeeb, the students and the administration have always found a way to initiate battle against each other, as in March 2019, the Vice Chancellor Mamidala Jagadesh Kumar levelled charges against students that they confined his wife inside his residence after they broke into the house, to protest against Mamidala’s decision to ban protest in vicinity of Administration block.

Just a few months later, the university administration announced that walls of the varsity will not be used to put up posters or to write slogans for any protest. The students saw the step as an attempt to cut-short their right to expression, while the university admin argued that it was step to stop defacement of University’s property.

The matter was still on boil when the Hostel draft manual was dropped by the administration which proposed hike hostel fee along with other changes like hostel curfew timings, dress code for mess.

It is the proposed hostel draft manual, which might have brought biggest controversy for the university. In attempts to oppose the hike fee structure for hostels, the students went ahead to first confine a female associate professor in a classroom for about 20 hours. The professor was rescued by a Station Head Officer of Vasant Kunj police station along with an ACP rank official.

Later, the students went ahead to confine Union HRD Minister Ramesh Pokhriyal ‘Nishank’ who was inside the AICTE headquarters, the venue for JNU convocation.

The minister was confined in the venue for over five hours as a protest by the JNU students against a steep hostel fee hike escalated.

But the protest did not stop here, just two days after this incident, the students of the university allegedly broke into the administration block of the university, beat up female security guards present at the venue and defaced entire block with graffiti.

In the quest the students allegedly also vandalised and defaced the yet to be inaugurated Vivekananda statue installed in the vicinity of the block.

The university administration has now decided to file FIR for alleged vandalism of the administration block by some of its students, who the varsity claim it has identified.