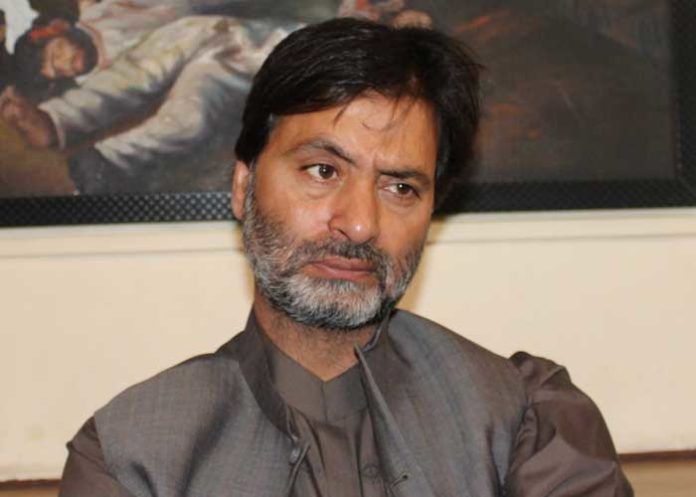 Jammu and Kashmir’s State Human Rights Commission (SHRC) on Tuesday issued a bailable warrant against an officer of the state Home Department while hearing a petition on the continuous detention of JKLF Chairman, Muhammad Yasin Malik.

SHRC Member Dilshad Shaheen issued the bailable warrant against Deputy Secretary, Home for failing to appear during the hearing of the petition, moved by a local human rights activist, Ahsan Untoo.

Untoo’s seeks the release of Malik, presently under detention under the stringent Public Safety Act (PSA), contending that the Jammu and Kashmir Liberation Front chief’s detention is a gross violation of human rights and against international human rights conventions.

“Malik was arrested on frivolous charges and then detained under the PSA. He was sent to Kot Balwal jail in Jammu district without following the law laid down by the Supreme Court which categorically states that any person who is detained under preventive custody has to be lodged at the nearest jail to his/her home.

“Inspite of the state being aware of his health problems, he was sh ifted to a jail outside the state,” the petition said.

The petition demands that Malik be shifted back to Srinagar.

The JKLF was banned by the Union Home Ministry and Malik was shifted to Tihar Jail in Delhi after the National Investigation Agency took him on remand in connection with a terror funding case it was investigating.  (Agency)