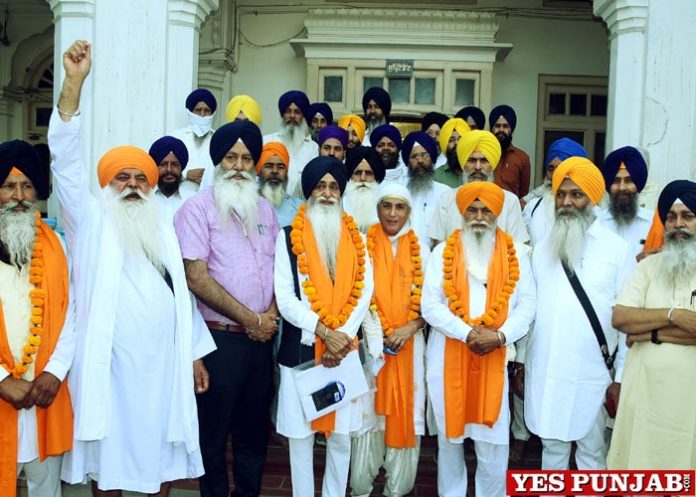 Speaking on the occasion, jatha leader S. Harpal Singh Jallah thanked SGPC president Bibi Jagir Kaur for handing over the leadership of the jatha to him. “There are many historic Gurdwaras of the Sikh community in Pakistan and for the darshan (glimpse) of the same, every Sikh prays daily. The pilgrims of the jatha are fortunate to have the opportunity to visit the holy shrines.”

On this occasion, SGPC secretary S. Mahinder Singh Ahli said, “Shiromani Gurdwara Parbandhak Committee had sent 793 passports to the Central Government and Pakistan Embassy to send a jatha to celebrate Khalsa Sajna Diwas, out of which 437 pilgrims got visas while 356 pilgrims did not get the same. The government should issue visas to as many Sikh pilgrims as possible so that they could visit their respective shrines.”

Pilgrims will visit these shrines in Pakistan