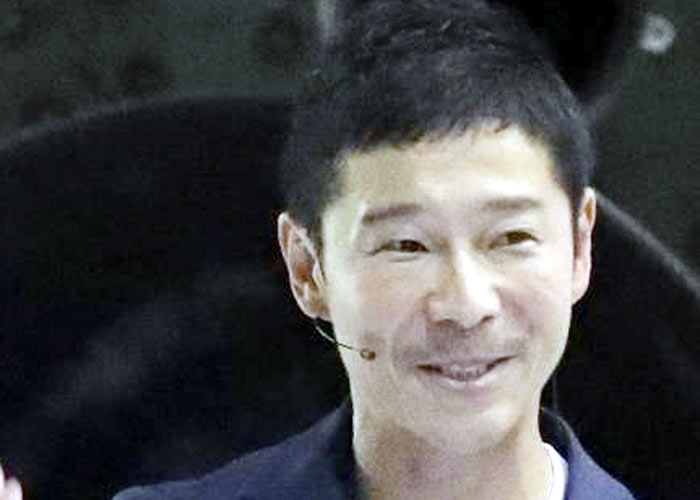 Eccentric Japanese billionaire who doled out $9 million on Twitter to people recently, just to know if money can bring happiness, is now looking for “love of his life” who will travel with him to the Moon in 2023 on Elon Musk’s tourist spacecraft.

Yusaku Maezawa, who sold his online fashion company Zozo Inc to SoftBank Group in September last year, is looking for singletons aged over 20 for a documentary titled “Full Moon Lovers” to be aired on the local streaming service AbemaTV.

“The female applicants must be interested in going to space and able to participate in the preparation for it and be someone who wishes for world peace,” read the information on the AbemaTV website.

Maezawa who is worth $2 billion (according to Forbes) would then select his Moon partner in March. He is the first tourist Musk will send into space.

“Born in Japan. After high school, I made my rock band debut. I then founded a fashion EC aZOZOTOWN’. TSE-listed and gained a market worth of $15 billion. In September 2019, I sold it to Softbank Group and stepped down as CEO. My net worth is now $2 billion (Forbes),” tweeted Maezawa.

In September 2018, SpaceX unveiled the first private passenger it plans to fly around the Moon. Maezawa, now 43, announced: “I choose to go to the Moon.”

The flight onboard the Big Falcon Rocket (BFR) — a launch system that was unveiled by Musk in 2016 — represented “an important step toward enabling access for everyday people who dream of travelling to space”.

On New Year’s Eve, the online shopping mogul posted a tweet to give away 1 billion yen (around $9 million) to the Twitter users, to see if money improves their happiness.

“In 2019, I did a 100 million yen giveaway on Twitter (1M yen to 100 winners). I hold the record for the most retweeted tweet. In 2020, I did a giveaway of up to 1 billion yen. This social experiment will study the effects of UBI (universal basic income). Will you be happier if you were given 1M yen?” he tweeted earlier.

All they needed to do was to retweet his tweet before midnight on January 7. Each one of the 1,000 winners received a million yen each (nearly $9,100).