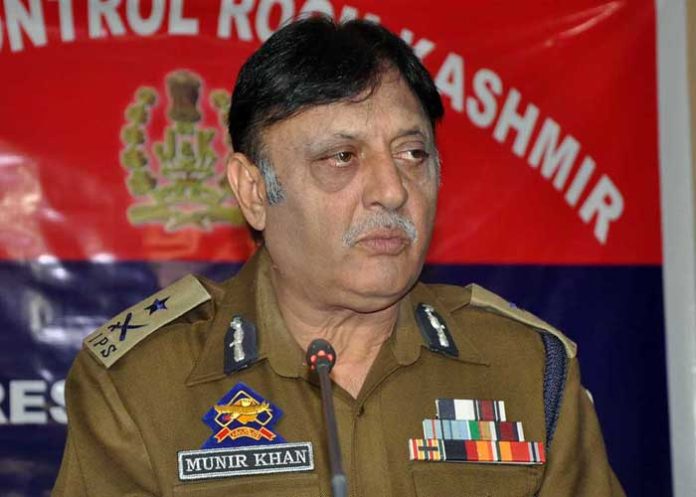 Jammu and Kashmir ADGP Muneer Khan took a dig at sections of the media on Wednesday for reporting about unrest in the valley in contrast to the actual situation on the ground.

Khan, who is the Additional Director-General (Law & Order) of Jammu and Kashmir Police, was addressing a joint press briefing with the Indian Army’s Chinar Corps in Srinagar.

Responding to a media query about a particular television news report about the ground situation in Jammu and Kashmir following withdrawal of special status to the state on August 5, Khan said that the broadcaster, Doha-based news network Al Jazeera, was not credible.

“The credibility of Al Jazeera is zero. The channel is reporting untruths right from day one. The channel has been trying to instigate violence in Kashmir right from day one. So we don’t believe the channel. We have local channels. Why don’t they report their truth? Do you think they don’t visualise the truth? Do you think they don’t analyse the truth?” said Khan.

The briefing was called by the Army and the J&K Police to report about the arrest of two Pakistan-backed militants from the LoC in Kashmir.

The nabbed militants have been identified as Khalil Ahmad Kayan (35) and Mohammad Nazeem (22). Both militants are from Rawalpindi in the Punjab province of Pakistan and have claimed their allegiance to the proscribed terrorist group Lashkar-e-Taiba.

During questioning, the two LeT militants revealed their plans for carrying out attacks in India to disrupt peace and harmony. They also provided an account of the Pakistan Army’s full complicity in helping and guiding terrorists in infiltration from terror launch pads.  (Agency)