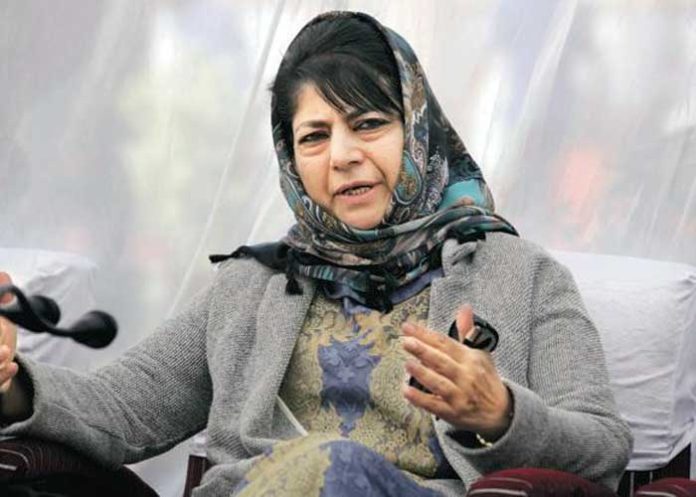 The Central government’s decision to deploy additional forces for security in Jammu and Kashmir has drawn sharp reactions from political parties in the Valley.

Reacting to the news, Peoples Democratic Party President Mehbooba Mufti tweeted: “Centre’s decision to deploy additional 10,000 troops in the Valley has created a fear psychosis among people. There is no dearth of security forces in Kashmir.

“Jammu and Kashmir is a political problem, which won’t be solved by military means. The government of India needs to rethink and overhaul its policy.”

The Centre decided to deploy an additional 10,000 paramilitary personnel in the valley after the end of National Security Advisor Ajit Doval’s two-day visit to the Valley on Friday.

The additional reinforcements are over and above the 40,000 troops already stationed in the Valley for the Amarnath Yatra. The additional deployment will apparently be made in the northern Kashmir area, where security continues to remain a challenge for the government.  (Agency)