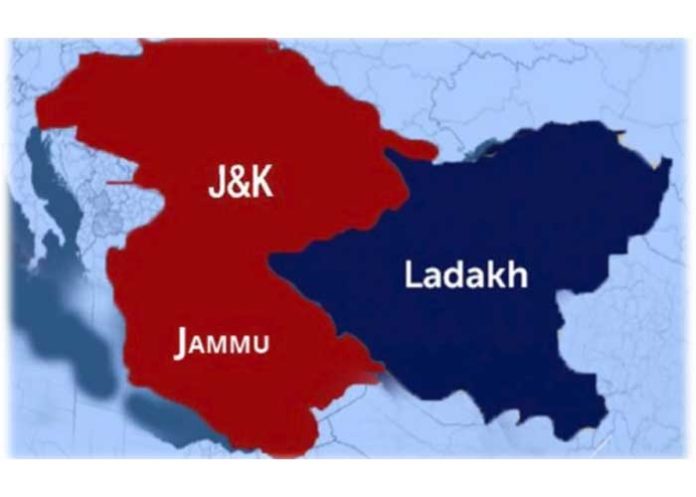 Jammu and Kashmir ceased to exist as a state from midnight Thursday, and its official bifurcation into two Union Territories – of Jammu and Kashmir, and Ladakh, has taken effect.

The state has been officially divided into the two Union Territories pursuant to the Jammu and Kashmir Reorganisation Bill, 2019, which the government passed in Parliament on August 5.

The Central government had also that day abrogated Article 370 that gave special status to Jammu and Kashmir.

On Thursday, Girish Chandra Murmu, a former bureaucrat from Gujarat, is to take oath as the first Lieutenant Governor of Jammu and Kashmir UT.

Former IAS officer R.K. Mathur will be sworn in as the first Lt. Governor of the Union territory of Ladakh.  (Agency)