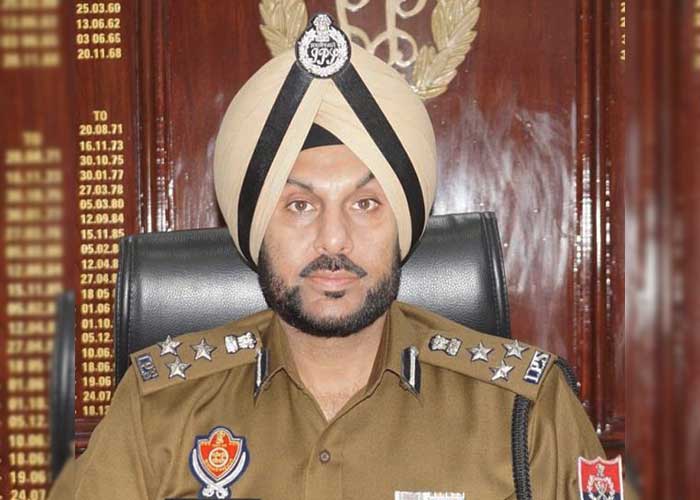 Jalandhar, January 16, 2021 (Yes Punjab News)
With the arrest of three accused including a woman, the Commissionerate Police on Saturday solved the robbery at Arora Western Union within 24-hours of the incident and seized whole looted money besides an illegal .32 bore pistol and mobile.

The accused have been identified as Jaspal Singh (22) of Pandori Gola village, Gagandeep Singh (22) and Sarbjeet Kaur (45) of Guru Teg Bahadur Nagar in Tarn Taran district. Fourth accused Gurkirpal Singh of Bilianwal village of Tarn Taran is absconding and would be arrested soon.

He said that on receiving information, cops registered a case under sections 379-B,34 IPC and 25,54 and 59 of Arms Act has been registered in Model Town Police Station on the complaint of exchanger Rakesh Kumar of Krar Khan Mohalla.

Gurpreet Singh Bhullar said that immediately after the crime, a team of CIA-1 was pressed to crack the case and the cops arrested three of the accused involved in the crime based on technical investigation besides scanned CCTV footage and human intelligence.

He said that Sarbjeet Kaur is well-known to the complainant Rakesh and used to visit his shop for last six years.

Commissioner of Police said Kaur talked with Gagandeep Singh about Rakesh Kumar and his money exchange business following which Gagandeep hatched conspiracy to loot the cash from Kumar’s shop with his accomplices Jaspal and Gurkirpal.

He said that Jaspal Singh was booked in a murder case in Tarn Taran Police station during 2018.

Gurpreet Singh Bhullar said that raids are on to nab the absconding accused and would be arrested soon.

He said that three of them would be produced in the local courts and would be taken on remand.