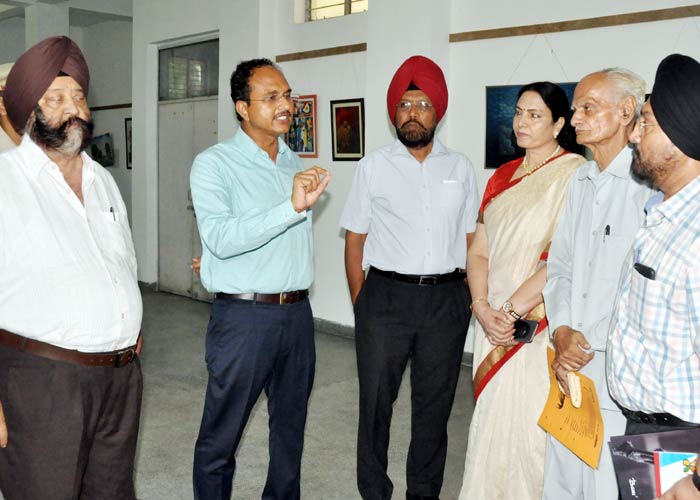 The Deputy Commissioner Jalandhar Mr. Varinder Kumar Sharma today said that concerted efforts would be made to develop ‘Virsa Vihar’ on the lines of a Heritage Museum to showcase the glorious cultural heritage of the state on one hand and to make our younger generations abreast about it on the other.

Chairing a meeting of the District Cultural and Literary Society Virsa Vihar here today at local Virsa Vihar, the Deputy Commissioner said that the Virsa Vihar would be developed as a spectacular hub of the cultural activity in the region.

He said that administration would soon chalk out a blueprint in this regard to ensure the Virsa Vihar could act as a catalyst for apprising our youngsters about the rich cultural heritage of the state. Mr. Sharma said that no stone would be left unturned for developing this place as a socio-cultural epi-centre of the region.

The Deputy Commissioner said that more and more events would be organized in the coming days at the Virsa Vihar to acquaint our future generations with the cultural heritage of the state. He said that it was all the more important as the youngsters were forgetting our rich culture. Mr. Sharma said that such the primary motive of these activities would be to ensure that our future generations stay connected with our culture.