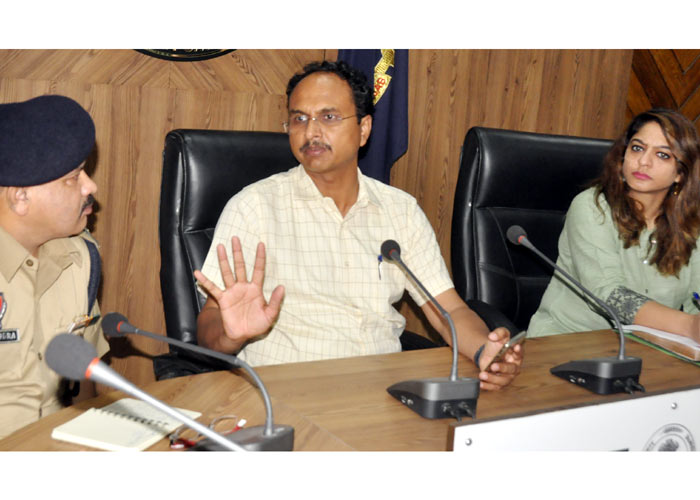 Chairing a meeting of Road Safety Committee here today at the District Administrative Complex, the Deputy Commissioner said that the flyover needs to be made operational to ensure smooth and free flow of traffic in the city. He said that the operationalisation of the flyover would ensure that traffic coming to city and going towards Amritsar and Pathankot was streamlined. Mr. Sharma said that the Police, Transport department and Municipal Corporation Jalandhar should hold a meeting with NHAI officials and ensure its early resolution at the earliest adding that he would also take up the matter at the appropriate level.

The Deputy Commissioner also said that India NHAI would also be asked to get the approach roads of the National Highway repaired to facilitate the commuters. He said that necessary directions would be issued in this regard.

Dwelling on another agenda, the Deputy Commissioner asked the Secretary Regional Transport Authority and Traffic Police to take strict action against the overloading vehicles in the city. He said that this needs to be checked with a heavy hand so that traffic nuisance was checked. Mr. Sharma also batted for stern action against drunk drivers and violators of traffic rules. He also asked the Municipal Corporation Authorities to ensure that all the temporary illegal encroachments especially on the main roads were removed at the earliest.