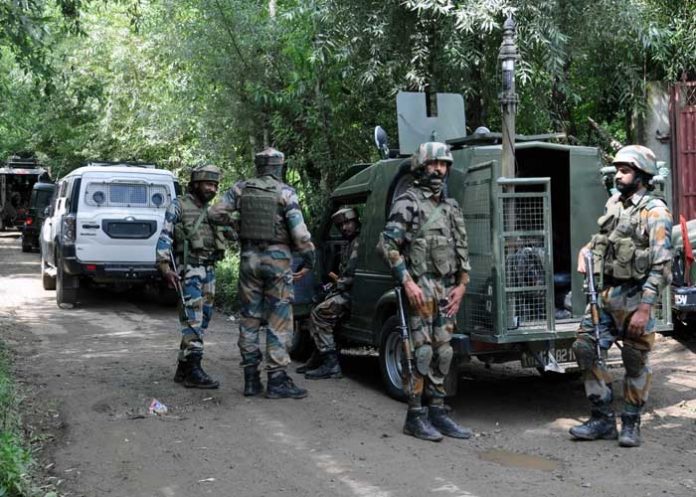 As Pakistan-based terror outfit Jaish-e-Mohammed (JeM) plans a “spectacular suicide strike” on the eve of the first Republic Day after the scrapping of special status to Jammu and Kashmir, the entire Union Territory of J&K has been put on high alert.

Last week a telephonic intercept of a JeM commander near Rajouri sector has revealed that Jaish chief Maulana Masood Azhar and his close aides were desperately plotting a “spectacular strike” in India, disclosed a report of the Intelligence Bureau (IB) which has been reviewed by IANS.

The IB report says that after the arrest of five JeM associates in Srinagar, it was revealed during their interrogation that the terrorists were instructed by their handlers in Pakistan to execute a series of attacks across the Valley on eve of Republic Day.

“They (five operatives) threw two hand grenades in the Hazratbal area. But it seems it was an attempt to test water. We have inputs that the Jaish module, including Pakistani terrorists, are in the Valley and are plotting a much bigger strike. The target could be somewhere in Srinagar or even Delhi,” said a senior officer of Jammu and Kashmir police.

The IB report further disclosed that Maulana Masood Azhar, the mastermind of the Pathankot and Pulwama terror attacks, was recently spotted at Markaz Subhanallah, the headquarters of JeM located in Bhawalpur town of Pakistan.

The Markaz is spread over 3 acres of land and hosts over 600 newly recruited cadres of JeM who are later selected for military training at terror camps located in PoJK.

Azhar, who was seriously ill early last year, was treated at an army hospital and joined the Markaz after a few months. The Pakistan government has remained silent about Masood Azhar, his location and the action taken against him on interpol notices.