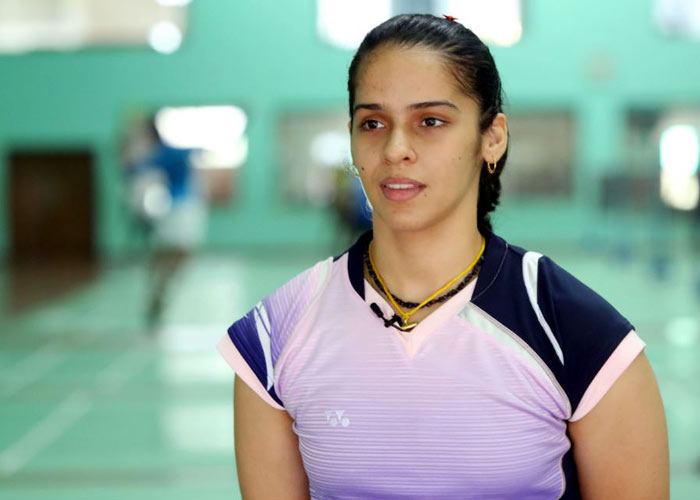 Badminton star Saina Nehwal took the political plunge here on Wednesday as she joined the ruling BJP, sparking off speculation over the role she may play in Andhra Pradesh and Telangana for the BJP in the coming months.

While neither the BJP nor Nehwal made it clear what her role would be but it is seen as a move by the party to embolden its efforts to make inroads in Andhra Pradesh and Telangana. Nehwal is from Hyderabad.

Last October, a slew of leaders from the Telugu Desam Party (TDP) joined the party in New Delhi.

Nehwal, who was honoured with India’s highest award for sporting excellence – the Rajiv Gandhi Khel Ratna – joined the saffron party in the presence of BJP General Secretary Arun Singh.

Soon after joining, she said, “It’s pretty new for me. I would like to contribute for the betterment for India.”

Heaping praise on Prime Minister Narendra Modi, she said he was an inspiration for her move to join the BJP.

“Narendra Modi Sir has done a lot for the country and for the field of sports,” said the shuttler. She also referred to the ‘Khelo India’ programme of the government.

On Wednesday, along with Saina, her sister Chandranshu Nehwal also joined the party.

Arun Singh welcomed Nehwal to the party with a membership card and bouquet of flowers. Singh listed the long list of sporting accomplishments of Nehwal while she said the BJP is the “right party” for her to take the political plunge.

Soon after she was escorted to the top floor where she met BJP President J.P. Nadda. Both had a chat before she left the BJP headquarters.  (Agency)