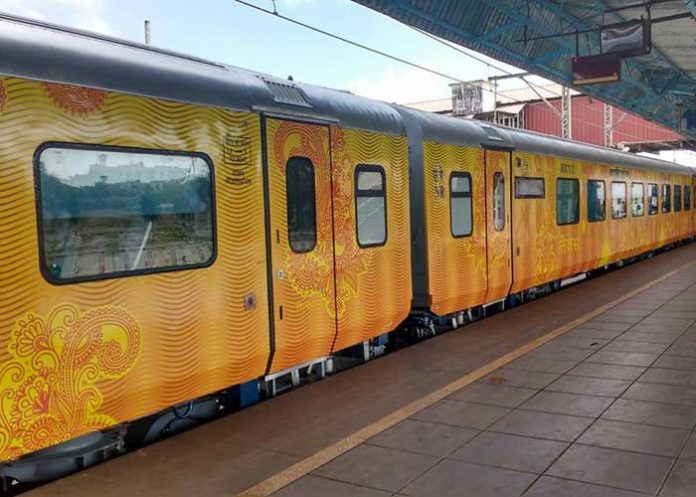 In a first, the passengers of India’s first privately-operated Tejas Express train on the Lucknow-New Delhi route will be compensated by the Indian Rail Catering and Tourism Corporation (IRCTC) if the train gets delayed.

“The IRCTC will pay Rs 100 to each passenger if the train gets delayed by one hour and Rs 250 in the case of two-hour plus delays,” a senior IRCTC official told on Tuesday.

Besides the compensation, the passengers will get Rs 25 lakh insurance cover, which will include Rs 1 lakh insurance against theft or robbery during the travel.

In countries like Japan and cities like Paris, a delay certificate is issued to passengers by railway companies as proof that a train arrived at a station later than stated in the company’s timetable. It can also be shown in offices and schools for late admission in examinations.

In the United Kingdom, rail passengers are entitled to get automatic compensation for delayed journeys.

The Lucknow-New Delhi Tejas Express is scheduled to be flagged off by UP Chief Minister Yogi Adityanath in Lucknow on October 4. The train will run six-day a week, except Tuesdays, and the fare for the Lucknow-New Delhi trip will be Rs 1,125 for AC chair car and Rs 2,310 for executive chair car.

The IRCTC will also extend taxi hiring and hotel bookings facilities to passengers on demand.

The train will operate on dynamic fare scheme and no concessions, privileges or duty passes will be allowed. Children above 5 years will be charged full fare.

Even there will be no facility of ‘tatkal’ ticket in the Tejas Express.  (Agency)