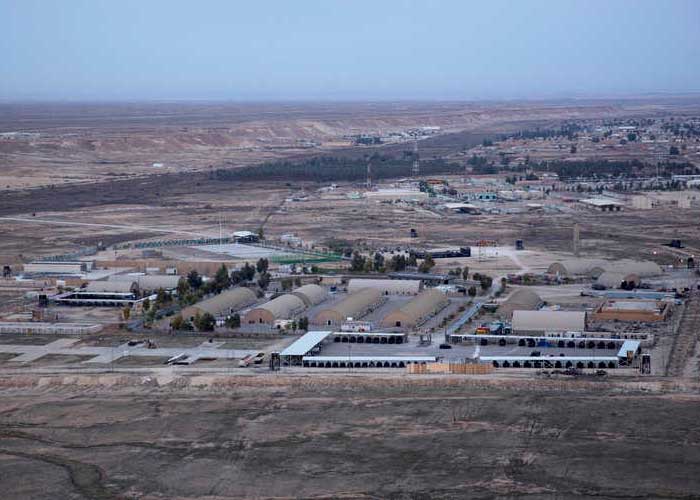 Tensions in the Middle East reached a new high on Wednesday after Iran’s Islamic Revolutionary Guard Corps (IRGC) said it launched a missile attack on the US airbase of Ain al-Asad in Iraq in retaliation against the death of Major General Qasem Soleimani in an American drone attack on January 3.

“Tens of surface-to-surface missiles,” were fired at the strategic airbase and the attack was also confirmed by the White House and Pentagon, reported the Tehran-based Press TV.

The Pentagon confirmed that Iran launched more than a dozen ballistic missiles against the US military and coalition forces in Iraq.

“At approximately 5.30 p.m. (US time) on January 7, Iran launched more than a dozen ballistic missiles against US military and coalition forces in Iraq,” Xinhua news agency quoted the Pentagon as saying in a statement.

“It is clear that these missiles were launched from Iran and targeted at least two Iraqi military bases hosting US military and coalition personnel at Ayn al Asad and Irbil,” the statement added.

These bases were already put on high alert due to indications that Iran planned to attack the US forces and interests in the region, the statement noted.

The attack comes after the IRGC had called for a complete withdrawal of US troops, asserting that it would not differentiate between America and Israel while retaliating against Soleimani’s killing.

“We warn US allies providing bases for the (American) terrorist army that any country serving as the origin of bellicose and aggressive attacks in any form against the Islamic Republic of Iran will be targeted,” the IRGC said in a statement on Wednesday.

It urged the US to recall all their soldiers back home to prevent more damage.

Meanwhile, the semi-official FARS News Agency in a report said that a second wave of surface-to-surface missiles on Wednesday hit the two US airbases of Ain al-Asad and Harir Camp.

FARS News Agency reported that the missiles were probably of Fateh 313 type and they were launched from Iran’s western Kermanshah Province.

Following the missile strikes, India, close to both the US and Iran, issued an advisory for Indian nationals asking them to avoid travelling to Iraq for now.

Indian nationals living in Iraq have also been advised to be alert and avoid travel within the country.

“Our Embassy in Baghdad and Consulate in Erbil will continue to function normally to provide all services to Indians residing in Iraq,” India’s Ministry of External Affairs said.

The US said that it would take all necessary measures to protect and defend US personnel, partners and allies in the region.

The White House said it was monitoring the attacks, adding that President Donald Trump was also following the situation closely and consulting with his national security team.

“We are aware of the reports of attacks on US facilities in Iraq,” Efe news quoted White House press secretary Stephanie Grisham as saying on Tuesday night.

“The President has been briefed and is monitoring the situation closely and consulting with his national security team.”

In response to the attack, Trump tweeted: “All is well. Missiles launched from Iran at two military bases located in Iraq. Assessment of casualties and damages taking place now…

“We have the most powerful and well equipped military anywhere in the world, by far. I will be making a statement tomorrow (Wednesday) morning.”

The strikes came hours after Trump’s latest warning to Iran earlier on Tuesday.

“If Iran does anything that they shouldn’t be doing, they’re going to be suffering the consequences, and very strongly,” Trump told reporters in the White House.

Trump’s remark came after IRGC Commander Hossein Salami warned the US also on Tuesday that Tehran would take “severe revenge” over the death of Soleimani, who was the chief of the elite Quds Force.

There were calls for peace and de-escalation soon after what is being seen as an Iranian retaliation to the US killing of Soleimani.

Pakistan Foreign Minister Shah Mehmood Qureshi said rising tensions in the Middle East was not in anyone’s interest, adding that the region could not afford war.

The UK government also condemned the Iranian missile strikes on two US military bases in Iraq, where British personnel are also stationed.

Iraq’s caretaker Prime Minister Adel Abdul Mahdi called on the US and Iran to exercise self-restraint and respect the Iraqi state.

Israeli Prime Minister Benjamin Netanyahu warned that his country will hit back “strongly” if attacked by Iran.

Germany condemned Iran’s missile attacks, calling for every effort to de-escalate the tensions.

French Minister for Europe and Foreign Affairs Jean-Yves Le Drian also condemned the missile strikes, and called for de-escalation of the tensions between Iran and the US. (Agency)