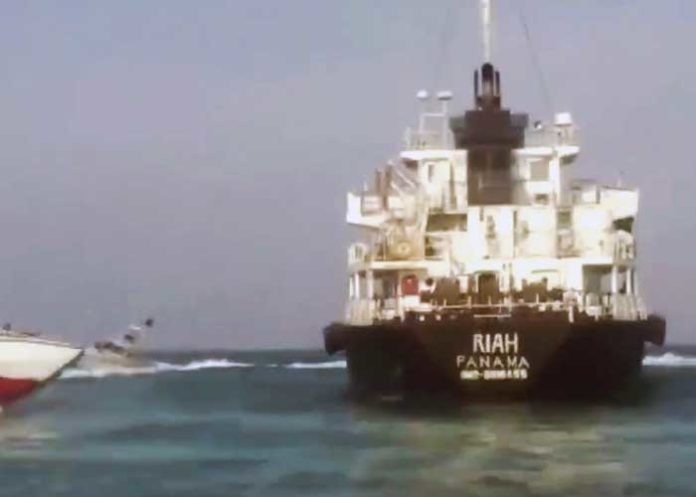 Iran has freed nine of the 12 Indian crew members on board a Panama-flagged tanker seized on July 13 in the Strait of Hormuz, even as efforts are on for the release of 45 Indians on board this and two other vessels.

The tanker MT Riah was detained along with 12 Indian crew members by the Iranian Coast Guard on July 13. Nine crew members have been released and “they will be on their way to India soon”, Ministry of External Affairs spokesperson Raveesh Kumar said.

“Our mission in Iran has requested the concerned Iranian authorities for the release of remaining crew members,” he said.

Besides the three on board MT Riah, 18 Indians are still on board the British oil tanker Stena Impero which was seized last week by the Iranian Revolutionary Guards in the Strait of Hormuz.

There are also 24 Indian crew members on board Iranian tanker ‘Grace 1’, which was detained by British marines in the Strait of Gibraltar.

On Thursday, the Indian embassy in Tehran got consular access to the 18 Indians on board Stena Impero.

India is in touch with the Iranian authorities over these 18 Indians. “We continue to impress upon the Iranians to release them so that we can repatriate them,” Kumar said.

Minister of State for External Affairs V. Muraleedharan also tweeted that the embassy in Tehran has got consular access to the Indians on board Stena Impero.

“All of them are fine, the minister said, adding India will continue to push for their early release,” he wrote.

A three-member team from the Indian High Commission in London met the 24 Indian crew members on board ‘Grace 1’ on July 24 and told them the government will take the necessary steps for their release and repatriation, the spokesperson said.

The 24 Indians were “calm and composed and there was no sense of panic. They are in touch with their family members”, he added.