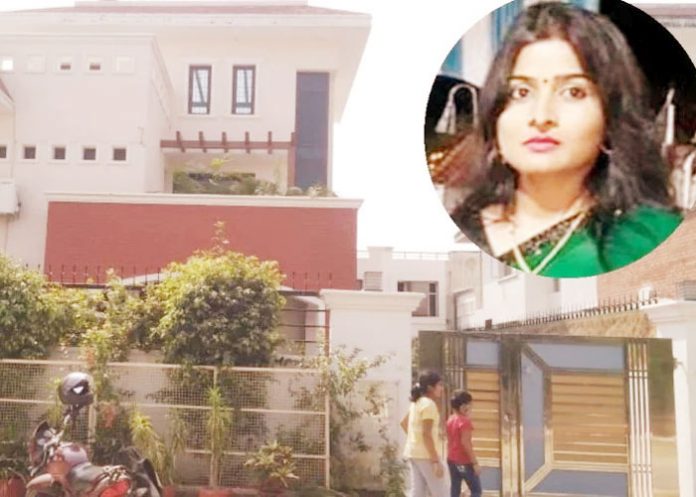 36 year old Pushpa Devi was found hanging from a ceiling fan at her house in Sushant Golf City here on Saturday.

It has been reported that Pushpa Devi took the extreme step soon after her husband left the house for office. It has been learnt that before hanging herself, she called her husband and said, “Aapko Aapki Zindagi Mubarak Ho, Main Ja Rahi Hoon’.

On hearing this, the DIG rushed back to his house only to find his wife hanging with the ceiling fan.

Chandra Prakash is part of the three-member SIT formed by Yogi government to probe the Hathras gang-rape and murder case of a 19-year old girl.

The couple had married 14 years ago. The DIG said that his wife used to get annoyed at small issues. The couple had an argument over something on Friday night or on Saturday morning, a police official said.

Pushpa Devi is survived by her husband and three children – two daughters and a son. The daughters are Ananya (13), Kritika (12) and the youngest is 7 years old son Divyansh.

Naveen Arora, Joint Commissioner of Police (Law and Order) said no suicide note has been found. Investigation is underway, he said.