Home National IPL Auction: What franchises need and how they are placed 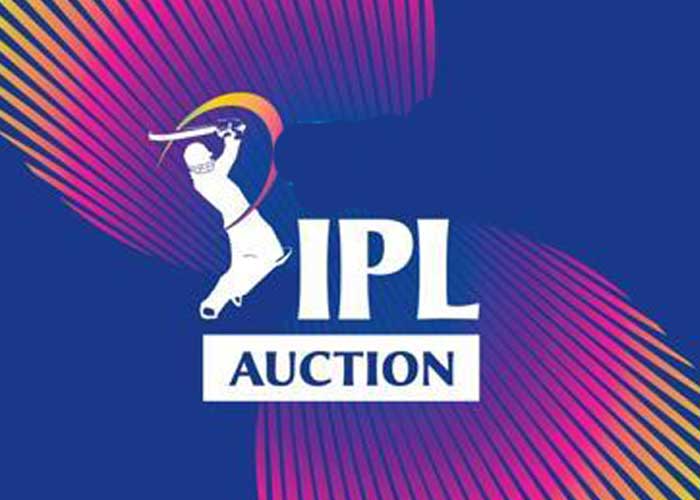 With the Indian Premier League (IPL) auction all set to take place on Thursday, We takes a look at where the eight franchises stand in terms of their needs and financial position.

Strength: Heavyweights Chennai Super Kings have more or less a settled squad with a good blend of experienced foreign recruits and Indian players. Those in the mix have been with the MS Dhoni-led franchise for a long time and going by history, this has been the men in yellow’s strength.

Weakness: They don’t have a big purse to go for many players and if the management feels they need more backups, this could be a roadblock.

Opportunity: CSK have enough in their kitty to rope in one or two big fishes they might be looking for. Going by their squad and historically, the Chennai-based franchise could go for another seasoned campaigner.

Threat: CSK veteran Dwayne Bravo is injury-prone and not having a back-up could hurt them if they don’t address the issue in the auction. They also need a cover for Lungi Ngidi who has been ruled out of South Africa’s Boxing Day Test against England due to hamstring injury and is also prone to picking up knocks.

Strength: Like CSK, reigning champions Mumbai Indians have a settled look about their squad and only need back-ups for improving bench strength. Having the same set of players help and that is their biggest strength.

Weakness: In the pace department, Mumbai Indians are heavily dependent on Lasith Malinga and Jasprit Bumrah. With Malinga not getting younger, Bumrah is coming back from an injury so they could require a cover and for that, they need to shell out from their purse which is not that great. This could mean they do not get to shore up other areas if they feel it is needed, especially with the team not having a game-changing spin option.

Opportunity: The team is blessed with a squad that has been playing together for some time and are defending champions. The team released 12 players and now has the chance to bring in new young players to add depth.

Threat: Injuries. Bumrah and Malinga are match-winners and in the bowling front, injuries to either of them could suddenly give them a depleted look with Trent Boult also injury prone.

Strength: Delhi Capitals have more or less a settled look as far as their domestic players are concerned. They have the likes of Rishabh Pant and Shikhar Dhawan for firepower and in new recruit Ajinkya Rahane the solidity needed. They do not have to worry too much on the Indian players’ front.

Weakness: Delhi Capitals need foreign recruitments and will have to compete with Kolkata Knight Riders, Royals Challengers Bangalore and Kings XI Punjab, all of whom have a bigger purse than them.

Opportunity: The Delhi-based franchise have the chance to lap up some exciting talent from the pool and might look to go for some players who do not have a steep base price but add teeth to their arsenal, like Shimron Hetmyer.

Threat: Teams like KKR, Kings XI and RCB are threats owing to their bigger purse remaining and in bidding wars they can get the better of Delhi.

Strength: KKR need reinforcements having released the likes of dashing opener Chris Lynn and veteran Robin Uthappa. They have also let go off seasoned leg-spinner Piyush Chawla and a mini overhaul of the squad could become their strength.

Weakness: KKR haven’t bought too smartly in recent times and they need to bring their ‘A’ game to the table in terms of reinforcements as there will be other teams in the prowl wanting to outwit the men in purple.

Opportunity: This is a chance to overhaul a team which has blown hot and cold for a few seasons. They have been consistent but have not realised their potential owing to not striking the right balance in the playing XI.

Threat: KKR will face competition from teams like Delhi Capitals, Royals Challengers Bangalore and Kings XI Punjab and have to be on their toes and sure about what they want.

ALSO READ: IPL Auction: Five batsmen who could be on every team’s wishlist

Strength: Anil Kumble is a shrewd cricketing brain and the former India captain, who is their new head coach, has the biggest purse among other teams to play with as KXIP look for a skipper and other foreign players.

Weakness: Besides maybe a Mohammed Shami, K.L. Rahul and Mayank Agarwal, KXIP don’t boast of a great Indian set of players and in the auction they might end up going for too many and not getting what they want.

Opportunity: This is KXIP’s chance to set the tempo of the auction owing to the maximum money they have to spend. They can hike up the prices of players other franchises would be keen to buy and get the better of the bargain.

Threat: KXIP can get players at a price which might be too much in the end, as it can happen during auctions.

Strengths: Virat Kohli’s RCB have their domestic players sorted and can go all out in search for good overseas buys.

Weakness: RCB need to fill up six slots and they do not have too much money for it. It will be interesting to see how they go about their business.

Opportunity: The chance to cash in on one-two big names might work for the franchise who are yet to taste a lot of success in the IPL.

Threat: Other franchises with bigger remaining purse can steal their targets as RCB need more than one foreign recruits.

Strength: They have enough firepower as far as foreign recruits are concerned and don’t need to think too much on that front.

Weakness: Their focus will be to fill the domestic slots, which is not very easy in a small auction.

Opportunity: New coach Andrew McDonald will have the chance to buy role-specific players which fit the bill.

Threat: Other teams with more money power going into the auction can take away domestic players they have in mind.

Strength: SRH have specific gaps to fill to complete the squad which might help given the room they have to operate with as far as the purse left is concerned.

Weakness: SRH need powerpacked Indian players to fill in their need of a finisher and with limited purse, it could be a hard bargain.

Opportunities: The fact that they know, more or less, what they need could help in their cause and lay the platform for right picks.

Threat: SRH have been dependent on the top three and will be looking to get some strong finishers in their line-up but with other teams also in fray with bigger purse, they might have to settle for less.  (Agency)